Zlatan Ibrahimovic scored with a stunning strike from outside the penalty area in the highlight of Paris St Germain's imposing 4-0 win at Bayer Leverkusen in the first leg of their Champions League last-16 tie on Tuesday.

The volatile Sweden striker, who took his tally in this season's competition to ten, also converted a penalty after Blaise Matuidi had given the French side an early lead.

Yohan Cabaye added the fourth two minutes from time and   Leverkusen, beaten 5-0 at home by Manchester United in the group stage, had no answer to PSG's slick passing as they slumped to another heavy defeat.

The Bundesliga sides's misery was increased when defender Emir Spahic was sent off in the 59th minute for a second yellow card. 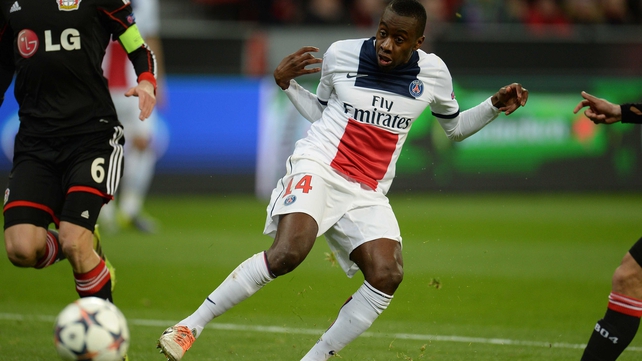 Leverkusen, second in the Bundesliga, made a disastrous start when captain Simon Rolfes lost possession to Matuidi in his own half and the ball was in the back of the net within seconds.

Matuidi fed Ibrahimovic, who found Marco Verratti and the Italian laid the ball back for the Frenchman to side-foot past Bernd Leno in the third minute.

The visitors extended their lead in the 39th minute when Spahic was penalised for an off-the-ball tackle on Ezequiel Lavezzi and Ibrahimovic fired the penalty into the bottom left corner. 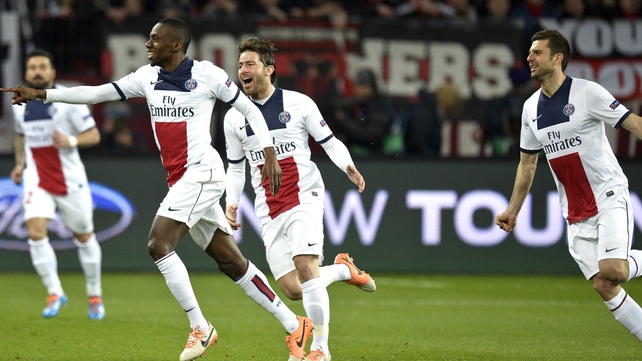 Ibrahimovic produced his masterpiece three minutes later, striking a rising, first-time shot into the far top corner after Matuidi managed to roll the ball back to him despite falling backwards.

Bayer were spared further blushes in the 67th minute when substitute Philipp Wollschied turned a Makuidi shot into his own goal but the effort was disallowed for offside against Lavezzi, although the Argentine did not appear to be interfering with play.

Midfielder Cabaye struck two minutes from time to complete the rout, firing home past the helpless Leno after a cross by winger Maxwell.

Live television coverage of Arsenal v Bayern Munich from 19:30 on Wednesday 19 February on RTÉ Two and RTE.ie (RoI only). Live radio coverage on Game On on RTÉ 2fm and RTÉ.ie (RoI only) from 19:00.