Arsenal manager Arsene Wenger is a "specialist in failure", according to his Chelsea counterpart Jose Mourinho.

The Chelsea coach hit back at Wenger, who had earlier said that the title was Chelsea's to lose and that Mourinho had ruled his side out of the race because of a fear of failing.

"He is a specialist in failure," Mourinho said. "If supposedly he [Arsene Wenger] is right and I am afraid of failure it is because I don't fail many times.

"He is specialist because eight years without silverware is very long. If I do that with Chelsea, I leave and I don't come back."

'Eight years without silverware is very long. If I do that with Chelsea, I leave and I don't come back" - Jose Mourinho

Earlier, Wenger said his focus would be on making sure Arsenal could finish above their rivals come May.

"I think just that our job is to be ambitious and to try to win, if we do not win to take full responsibility for that. That's as simple as that and that's how I see it.

"I say yes we are in it, yes we will have a go for it, we will absolutely give everything to go for it and if we don't do I will take responsibility for it, but I just see it like that."

Speaking ahead of Arsenal’s FA Cup fifth-round tie against Liverpool on Sunday at the Emirates Stadium, Wenger added: "We live in a league and in a country where we have one advantage - everybody can think what he wants, [but] it is very difficult when you're first in the league to distract people."

Chelsea, who face Manchester City in the fifth round of the FA Cup on Saturday, are top of the Premier League, a point clear of Arsenal.

Mourinho, who often provokes and antagonises other managers with barbed comments, turned his guns on Wenger after last week aiming volleys at Manchester City and their manager Manuel Pellegrini.

Chelsea face City just 12 days since the London club won 1-0 at the Etihad Stadium in the league.

"It is not easy to play consecutive matches against the same team. You try to read the previous game and try to improve. Sometimes you can be influenced by the direction the game takes," Mourinho said. "We know they [Manchester City] are strong. Our priority is always the next match." 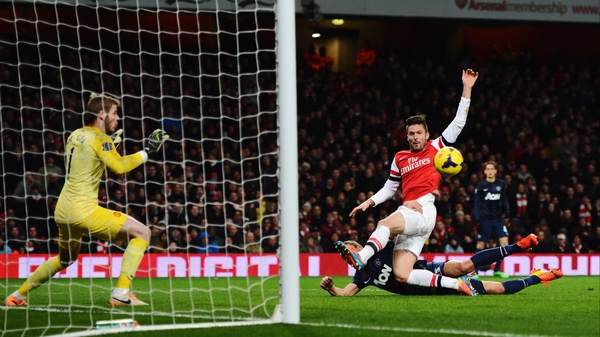