Juan Mata has made a seamless transition into the Manchester United dressing room, according to Ashley Young.

Even though the Spain star only completed his club record £37.1million move from Chelsea on Saturday, manager David Moyes still felt confident enough in him to start Tuesday's Premier League encounter with Cardiff.

Although Mata was not at his very best, the early signs were encouraging and United's 2-0 win very welcome, given the difficulties they have endured this season.

Young feels the process has been assisted by the welcoming reception Mata has received from his new team-mates.

"Juan looked like he had been here for years," he said. "He had only been training for two days and it was his first game but he has gelled straight away.

"There is a great team spirit here. There are some great characters and the banter is brilliant. I have never experienced anything like it.

"When he has fully settled in he will add something special to the squad."

"You have to be on the ball. You have to put in performances every week" - Ashley Young

Without even trying though, Mata has provided the spark United so desperately needed.

As Phil Jones pointed out, his team-mates are already trying to impress the new boy and Young confirmed the dressing room seems a slightly more positive place.

"It has lifted everyone; the fans, the staff and the players," he said. "Obviously, as it is the transfer window, you are wondering who is coming in and what is going on. When you see a player like Juan Mata coming in it is fantastic. He is one of those world-class players who can fit into any team."

Young's response to Mata’s arrival was a positive one. Whilst it seems fellow wide man Nani might be heading for a loan spell at Inter Milan, having failed to find the form that persuaded Moyes to hand him a new five-year contract as recently as September, Young sparkled on Tuesday, drilling home an impressive second-half goal that wrapped up the win.

"It was not too bad," said Young. "You have to be on the ball. You have to put in performances every week. It keeps you on your toes.

"Manchester United has a big squad, we can rotate the team. It ensures you keep wanting to play well, wanting to train well.

"That is the only way to keep yourself in the team and in the manager's thoughts."

Outside of the game, Young was banned from driving for six months on Thursday.

The 28-year-old was handed four penalty points, having pleaded guilty through a solicitor to speeding at 71mph on a 50mph section of the M6 Toll in Warwickshire in March last year.

Magistrates heard that Young already had nine points on his driving licence, having previously been convicted of speeding at 100mph, making him liable for a ban under the rules on "totting-up" points.

Young had been given six points for an earlier offence in January last year and three points for another unspecified incident in 2011.

In front of a packed public gallery, magistrates fined Young £3,000 for the offence and ordered him to pay £405 costs and £120 victim surcharge.

The footballer was also told he must now apply for a new licence, once the period of his ban has been served. 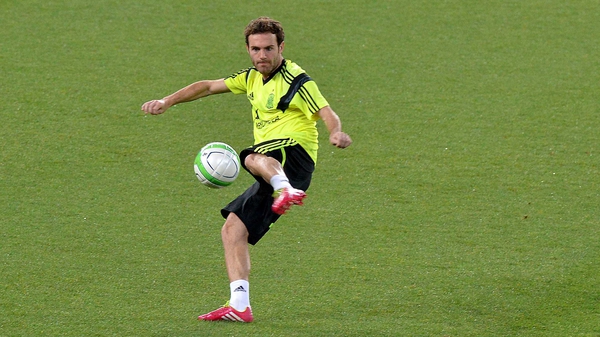