Substitute Wilfried Bony spared Swansea's blushes as his second-half double saw the Welsh club come from behind at Birmingham to secure a place in the fifth round of the FA Cup with a 2-1 win.

But the introduction of Bony at the interval changed the game, with the Ivory Coast international scoring twice in three minutes to take his tally to 16 for the season.

Swansea's disappointing campaign had looked to be heading for its nadir after a woeful first half, but victory means they can approach Tuesday's key Premier League fixture against Fulham with a positive result behind them.

It had been a far from ideal build-up for Swansea with a run of eight games without a win in the league being added to by a training ground row between Chico Flores and Garry Monk and reports of divisions within Michael Laudrup's squad.

Glowering skies and a fierce hailstorm minutes before kick-off did not appear to be a good omen and so it proved as the Swans turned in a rudderless first-half display.

In the opening seconds Ashley Williams had to clear a threatening ball from Blues debutant Albert Rusnak after Alejandro Pozuelo gifted Chris Burke the ball.

It was little surprise when they fell behind in the 15th minute. Burke whipped in an inviting cross and Novak glanced an excellent header beyond Gerhard Tremmel's despairing dive.

It could have been 2-0 three minutes later. Tremmel saved a Rusnak shot but released the ball as he was set to slide out of play on the sodden surface, allowing Shane Ferguson to get in an effort on goal which Williams cleared.

Swansea rallied as Pablo Hernandez volleyed over before Alvaro Vazquez wasted a great opportunity, getting on to a Pozuelo pass to round goalkeeper Colin Doyle but fire hopelessly wide.

Swansea frustrations began to boil over, with captain Williams making his feelings clear to both Vazquez and Pozuelo, particularly the former, in unseemly fashion.

Burke beat Flores with ease to get away an effort which rolled wide before Swansea spurned a great chance four minutes prior to the break.

Flores nodded down a Hernandez free-kick but Amat prodded over from inside the six-yard box.

Tremmel tipped over a Mitch Hancox effort in first-half stoppage time and the second half started little better for the visitors when Dwight Tiendalli's slack defending allowed Ferguson through, with Williams making a superb last-ditch tackle.

But Swansea began to enjoy a decent period of pressure around the hour mark, with Roland Lamah volleying a good chance against Bony, who had replaced Hernandez, before Hancox made a terrific tackle as the Ivorian went through on goal. 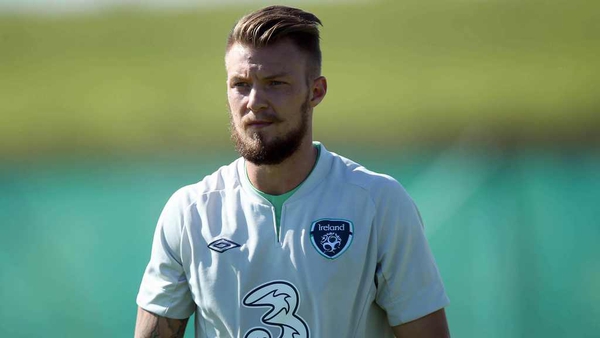