Jerome Champagne, a former close advisor of FIFA president Sepp Blatter, has announced that he is to stand for the presidency of the world governing body.

Champagne, 55, made his announcement at a news conference in London where he stated he will stand for election next year.

The French former diplomat is likely to face Blatter, 77, although the current president has said he will not decide whether to run for a fifth term until just before the FIFA Congress in June.

Champagne said he would stand on a ticket of bringing change to FIFA.

He said: "We need a different FIFA, more democratic, more respected, which behaves better and which does more."

He said he backed those countries such as England who feared that too many foreign players were affecting the fortunes of the national team, and would look to restrict those numbers.

He added: "The number of domestic players in the top league here is down to 32 per cent today and I totally support [FA chairman] Greg Dyke when he said 'I am not afraid of the word quota'."

Champagne spent 11 years working for FIFA, including three as deputy secretary general, after being part of the organising committee for the 1998 World Cup in his native France.

He was at one time extremely close to Blatter and helped run his campaign during the bitter 2002 election victory over African football leader Issa Hayatou.

After being overlooked for the position as secretary general he became director of international relations and left the governing body in 2010.

Last year he published a 20,000 word document on his vision for the future of FIFA, including setting up a new management board and bringing in new measures to prevent conflicts of interest.

Pele said: "I know his vision of football and the future of the game and for this reason I trust him.

"We have worked together for many years and he has the experience as he has been in FIFA for a long time.

"I am a friend of everyone who loves football and I want the best for football and he is a person everyone can trust. Good luck for the FIFA presidency." 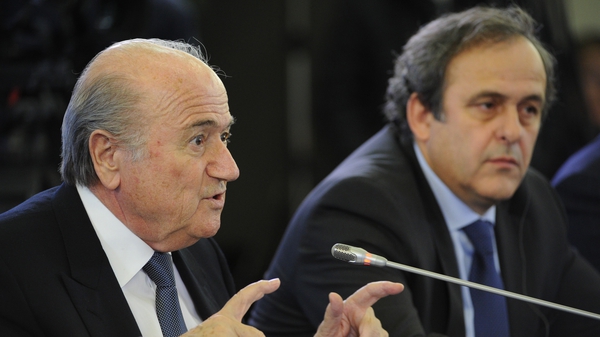