Cristiano Ronaldo has won the 2013 FIFA Ballon d'Or at an awards ceremony in Zurich, ending Lionel Messi's four-year reign as holder of the crown.

Real Madrid forward Ronaldo clinched the prize for the world's best player for the second time in his career after finishing ahead of Barcelona playmaker Messi and Bayern Munich winger Franck Ribery in the voting.

Ronaldo had finished runner-up three times in the past four years to Messi since winning both the Ballon D'Or and FIFA World Player of the Year in 2008, before the two trophies became one.

"It is a tremendously emotional moment. All I can say is thank you to everybody that has been involved" - Ronaldo

Portugal captain Ronaldo has been in phenomenal goalscoring form and in 2013 he netted 62 goals in 52 games for club and country.

That was not enough to help Madrid pick up any silverware or lead Portugal to an automatic qualifying berth to this summer's World Cup finals, but he did produce a number of memorable individual performances.

Among them was in the World Cup qualifying play-offs when he struck all four goals - including a brilliant second-leg hat-trick - as Portugal beat Sweden 4-2 on aggregate to book their spot in Brazil.

An emotional Ronaldo, who was fighting back the tears as he received the award, said: "First of all I have to say a great thanks to all of my team-mates with the club and the national team.

"Without all of their efforts this would not have been possible. I am very happy, it is very difficult to win this award.

"Everybody that has been involved with me on a personal level I have to thank. My wife, my friends, my son.

"It is a tremendously emotional moment. All I can say is thank you to everybody that has been involved."

Ronaldo secured the award with a total of 1,365 points following the voting, with Argentina ace Messi taking second place with 1,205 and France international Ribery third with 1,127.

Messi scored 43 goals in 43 games in 2013, helping Barca win the Primera Division title in the process, while Ribery netted 21 times in 50 appearances at domestic and international level. 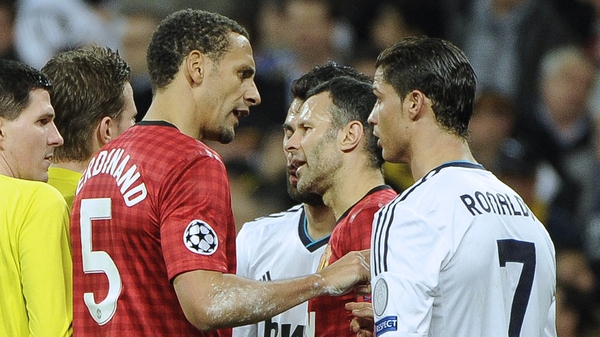