Everton have announced the signing of Ireland winger Aiden McGeady from Spartak Moscow.

There had been speculation the 27-year-old former Celtic player would sign a pre-contract agreement with the Toffees but he will move to Merseyside immediately having agreed a permanent deal.

McGeady was paraded to supporters at Goodison Park prior to their Barclays Premier League game against Norwich.

McGeady has signed a four-and-a-half year deal with the Merseysiders after the clubs agreed an undisclosed fee.

McGeady spent six years with Celtic before moving to Russia for £9.5million in 2010.

The news sees Goodison boss Roberto Martinez finally land his man having been linked with him while at Wigan a year ago.

Martinez later revealed the club had been discussing terms with McGeady for next season when an opportunity arose to sign him immediately arose.

The chance came as Hull made a move for striker Nikica Jelavic, a transfer that looks likely to go through.

McGeady said: "It has sort of been a long time coming. There was talk over the summer that something might happen but I am just delighted that it's done and dusted now.

"I was close to joining the manager a year ago when he was at Wigan. He plays football the right way and has got a few good results along the way.

"I just want to play for a big club like this and I am relishing the challenge.

"I have said for a long time now that I want to try myself in the Premier League. Now I have a big chance at a great club, under a good manager.

"I couldn't be happier. It's a dream move really."

Martinez, speaking after his side beat Norwich 2-0, said: "Full credit to the chairman and the board.

"We were talking to Aiden and we agreed for him to come next season.

"But because of his situation in Spartak, obviously that he wasn't going to be involved too much, and the situation with Nikica Jelavic, we were quite happy to make it happen now.

"I do feel the money we are going to spend will be well spent.

"In a matter of hours it fell into place.

"I was delighted to have Aiden at the end of the season but now it is a real boost to be able to work with him straight away."

McGeady will now join the Everton squad for a week's warm-weather training in Tenerife ahead of their next game at West Brom on 20 January.

Martinez said: "There is going to be a bit of an adaptation period because he hasn't played in the last five or six weeks. That is going to give us a little bit of time.

"But everything is signed and he will travel with us tomorrow to warm-weather training. It is a great moment to introduce him to the squad." 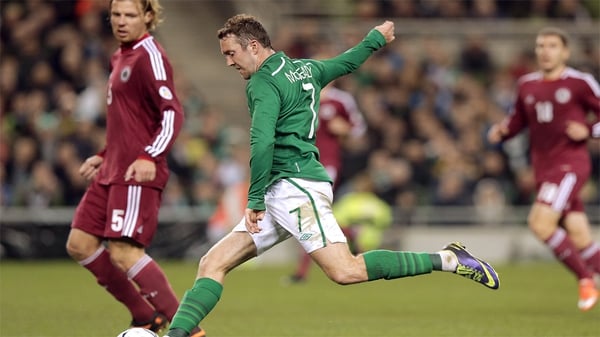