Keith Fahey is delighted be back at St Patrick’s Athletic, admitting life in England was “very lonely”.

The 30-year-old was presented to the media on Tuesday having signed a one-year contract with the Saints prior to Christmas.

Fahey was with Birmingham City in the Premier League and then the Championship, with the highlight being a League Cup win at Wembley with the Blues in 2011.

Injury problems meant a new deal in England proved difficult to secure and a return to Inchicore was the perfect fit for the Republic of Ireland international.

He told RTÉ: “I’ve been away the last four and-a-half or five years living on my own.

“I have friends around here, I have family around, I can go out during the week with friends for food and that and over there it was very lonely. It was tough sometimes.

“It was tough to enjoy it, constantly going to play football and going home doing nothing. It can be testing.

“I always felt at home playing here in Richmond Park. It is my third time back. Hopefully it goes as well as the other two times.

"I love playing down here, I have never enjoyed my football as much as playing here so I am looking forward to playing out on this pitch again.”

Fahey revealed he also held talks with Shamrock Rovers and had interest from a club in Singapore before signing for Liam Buckley's side.

He said: “I spoke to Rovers but I think there was always going to be one club I would play for again in Ireland and that would be down here.

“I spoke to someone about going over (to Singapore) and having a look and seeing what I thought, but for me it would be just too sudden to up sticks and travel over.”

Thanks to you journo's for your work since yesterday.. ?? appreciated ?? 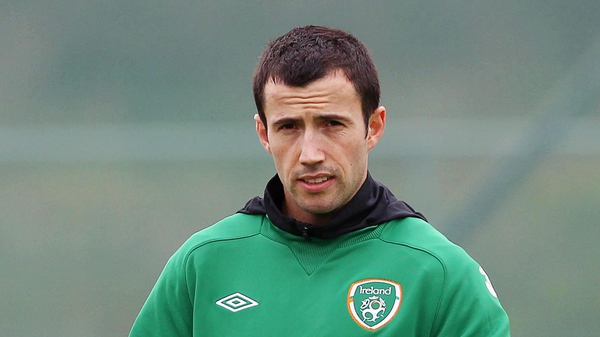