Liverpool manager Brendan Rodgers has been charged by the Football Association for allegedly questioning the integrity of referee Lee Mason.

In his post-match comments following the St Stephen's Day defeat at Manchester City, the Northern Irishman appeared to question whether it was correct to have an official from Greater Manchester in charge of the game.

As a result he has been landed with an FA charge to which he has until 6pm on Wednesday to respond.

"Liverpool manager Brendan Rodgers has been charged by The FA over post-match media comments he made following his side's game against Manchester City on 26 December 2013," the FA said in a statement.

"It is alleged the comments by Rodgers called into question the integrity of the match referee, and/or implied that the match referee was motivated by bias; and/or brought the game into disrepute; and/or amounted to a failure to act in the best interests of the game."

After the City defeat, Rodgers was particularly angry at the decision to disallow a Raheem Sterling goal for offside, despite the player being at least two yards behind the last defender.

"In terms of geography, I certainly wasn't questioning the integrity of referees"

"I thought they were horrendous in terms of performance," he said of the officials at the time.

"I thought it was throughout the evening. Hopefully we don't have another Greater Manchester referee again on a Liverpool-Manchester game.

"I was surprised we are playing in Manchester and have a referee from Greater Manchester.

"I am sure we won't get (for) Liverpool-Man City someone from the Wirral."

The day after the game Rodgers insisted he was trying to make a valid point and did not intend to slight Mason.

"In terms of geography, I certainly wasn't questioning the integrity of referees," he said.

"It was more than logical (as a comment) in terms of having a referee from that part of the world refereeing a game in Manchester.

"I wouldn't suspect that Mike Dean, from the Wirral, has refereed many games for Liverpool over the years.

"I was only speaking honestly after the game. I think the FA and the Referees' Association know perfectly well I am someone who engages in supporting the referees." 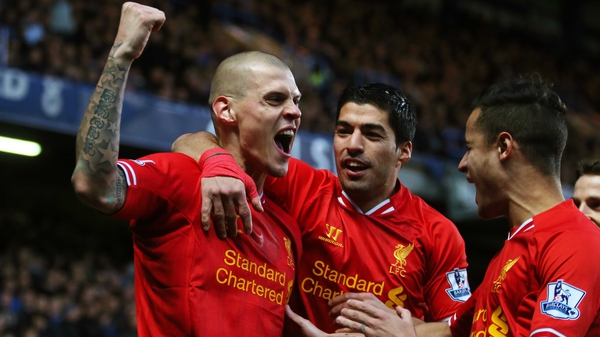