Spurs had to wait until the last game of the group stages to book their place in the knockout stages last season, but it has been a completely different story in the competition this term.

After spending over £100m on seven new signings, Spurs have been able to successfully rotate their squad and, as a result, they have strolled to victory in all five of their matches.

A couple of years ago facing Anzhi would have been a daunting prospect, but the Russian side are now shorn of stars like Willian, Samuel Eto'o and Lassana Diarra after a radical cost-cutting venture by owner Suleiman Kerimov.

Now the Russian club are only able to bring 20 people - including staff - to London for the fixture, meaning Spurs are big favourites to make it six wins from six.

"Another win would be brilliant for us," Spurs manager Villas-Boas said.

"It would really complete a good group run; completely different to the one we had last year. It would be good to finish on 18 points.”

The Russian season is just over the halfway stage, but Anzhi are almost certain to be relegated.

The club lie bottom of the Russian Premier League having failed to win any of their opening 19 matches and they come to London with a threadbare squad thanks to several injuries. The situation is so grave that they are considering naming youth team coach Ruslan Agalarov among their substitutes.

Spurs, meanwhile, look set to give Angola-born youngster Laste Dombaxe his debut. Fellow youngsters Ryan Fredericks and Shaquile Coulthirst have also been included in the squad.

Danny Rose and Christian Eriksen are available after they overcame their respective toe and ankle injuries.

HORROR JOURNEY NO EXCUSE FOR SWANS

Swansea manager Michael Laudrup insists his side's heavily disrupted journey to Switzerland for their final Europa League Group A fixture with St Gallen (6pm) will be no excuse if they fail to secure a place in the knockout stages.

The Welsh club had been due to fly from Cardiff Airport at 10am on Wednesday, but fog caused an initial delay to their departure.

A technical fault with their plane then ensured the Swans squad did not take off for Switzerland until 5pm UK time. They eventually landed in Zurich at 8pm local time before going on to St Gallen by coach.

It meant Swansea were unable to train at St Gallen's AFG Arena ahead of tonight's fixture, where the Premier League side will hope to secure their place in the knockout phase of the Europa League.

Swansea will guarantee a spot in the last 32 if they avoid defeat in Switzerland, while a loss could still see them advance if Kuban Krasnodar do not claim three points at group winners Valencia and overturn a goal difference deficit of three.

Laudrup admitted the disruption was far from ideal, but will not use it as an excuse should they fail to perform on Thursday evening.

"Of course, it's not ideal but let's not make it more dramatic than it is," he said.

"It's a very long day for the players and the staff, 12 hours from when they started in Swansea to Zurich.

"It should have been less than half that. The players could have had a rest and then we would have trained and had dinner but they will come, we will have something to eat, and try and get a good night's sleep.

"The game is at 7pm so there will be a whole day to prepare for it.

"It's the last game in the group stage and we have to finish the job to move on to the next stage where we want to play in a couple of months' time in the last 32. We have to do the job." 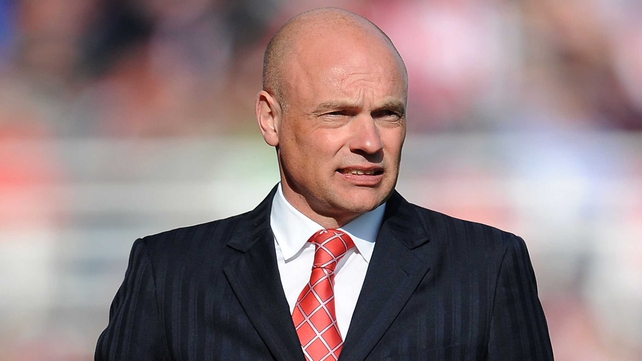 The Latics take on Maribor in Slovenia this evening (6pm) knowing only victory coupled with defeat for Zulte Waregem against Group D winners Rubin Kazan would be enough to put them through to the last 32.

City came from 2-0 down on Tuesday to beat Bayern 3-2 at the Allianz Arena and end the German side's 10-game winning run in the Champions League.

Former City striker Rosler will take charge of his first Wigan game on Thursday after leaving Brentford to succeed Owen Coyle as Latics boss at the weekend.

He said of City's win: "For English football that was very important and also for the club. I think Manchester City will build confidence from that win.

"We are in a position now with an away game and it is still possible to achieve (qualification).

"All our concentration should be on the game (against Maribor). Not on the game on Sunday. We came a long way and we will give everything we have to win the game, then we can only hope for the best."

Rosler watched from the stands on Saturday as Wigan lost at Millwall, their fifth defeat in a row and another blow to their hopes of returning to the Premier League at the first attempt.

Rosler left striker Grant Holt at home to prepare for Sunday's derby against Bolton but he is expecting good things from the players he does select.

The German said: "The situation is I've had two training days with the team, I watched Saturday from the stands.

"We will play a different team and everybody can impress. I've collected as many impressions as I can get and everybody is playing for their future. I think that is motivation enough." 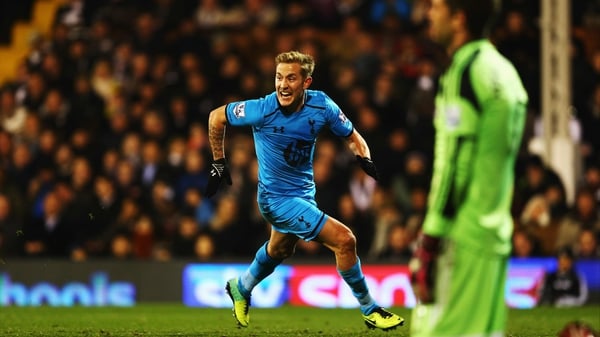