Celtic player James Forrest has been arrested in connection with an alleged sexual assault, Scottish police have said.

The 22-year-old midfielder has been reported to the Scottish procurator fiscal over alleged offences of public indecency and sexual assault in Prestwick, South Ayrshire, earlier this month.

A Police Scotland spokeswoman said: "A 22-year-old man is subject to a report to the procurator fiscal in connection with allegations of public indecency and sexual assault in Prestwick between 2300 on Saturday November 9 and 0200 on Sunday November 10."

A spokesman for Celtic said the player had been included in the squad for tonight's Champions League home match against AC Milan. 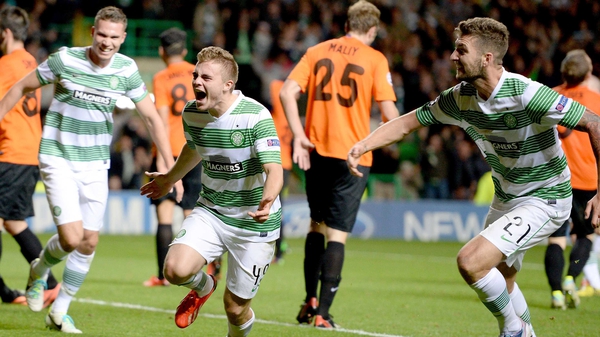