Everton defender Leighton Baines sustained a broken toe in Saturday's Merseyside derby and could be out for up to six weeks, the club have confirmed.

The England international was forced off early in the second half and although he left Goodison Park walking unaided - despite being given some crutches to use - he went straight for an x-ray on his right foot.

After assessment the Toffees' medical team cannot put a definitive timescale for the left-back's recovery, with it estimated to be between ten days and six weeks.

Baines' injury record is good and he is regarded as one of the fittest and strongest in the squad so Everton will hope he can heal quickly and be back sooner rather than later.

"It has been confirmed that Leighton has got a fracture in one of the bones in his right foot, which is the phalange," manager Roberto Martinez told evertonfc.com.

"We need to treat that now and see how it develops. It could mean anything from missing six weeks to being back in 10 days because it depends how the fracture heals.

"It is in such a specific spot and we are going to see how it reacts."

Gareth Barry filled in for Baines at left-back, a role he performed intermittently earlier in his career, but it is unlikely the 32-year-old will continue there in the interim such has been his impact in central midfield.

"Obviously Gareth slotted in during the game and when you have got a player with that experience, he can play anywhere. I thought he did really well," added Martinez.

"We have got other players at the football club who can play in that position, from Bryan Oviedo to Tony Hibbert and Sylvain Distin to John Stones. We have got many options.

"It's going to be a matter of seeing how the players react in training and, first of all, seeing if Leighton is going to be okay." 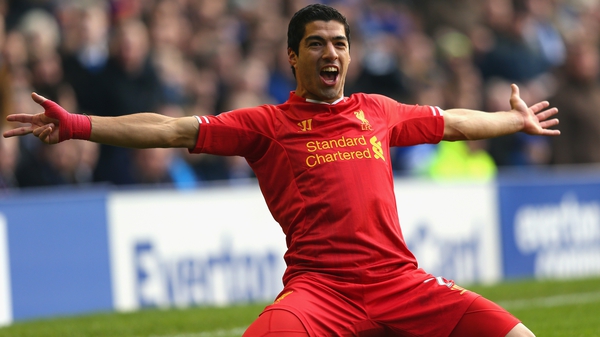