Noel King has challenged the Republic of Ireland U-21s to catapult themselves right back into the race for European Championship qualification.

Ireland head into Tuesday afternoon's clash with Montenegro in Podgorica with the two sides level on points behind Group 6 leaders Germany, although the visitors have played a game more.

Victory would significantly increase their chances of making the finals, although that could prove a tall order after the Montenegrins came within minutes of defeating the Germans, who went into the game boasting a 100 per cent record, on Friday.

Republic manager King said: "Montenegro are a very good side and their record speaks for itself. They drew with Germany on Friday and have also beaten Romania and the Faroes.

"This is going to be a huge test for our side, but it's one that we're all looking forward to.

"We are going into the game with the mentality that if we can catch up ground on them, then we will. A win puts us back into contention and that's how we are going to approach it.

"We will go about it in the normal manner and play to our usual style and strengths, while being aware that maybe we will have a bit more defending (to do) than we had in Friday's game against the Faroe Islands."

King's men warmed up for the game with a remarkable 5-2 home victory over the Faroes.

Ireland led 3-0 with just 25 minutes played at the Showgrounds in Sligo, but were pegged back to 3-2 before a quick-fire double secured victory with all the goals coming in a remarkable first-half.

But on the same day, it took an 87th-minute Philipp Hofmann strike to prevent Montenegro from registering a famous victory over Germany, and that knowledge means no-one within the Irish camp will under-estimate the task ahead.

However, the mood remains positive despite the loss of Blackburn defender Anthony O'Connor with a knee injury, and the fact that a flight cancellation cost King a day working with his players.

He said: "Everything is all right now and the weather is fine. It was a tough travelling schedule for us and we arrived late on Sunday night, so we just rested and missed a session.

"It can be disruptive, but that's the way it is and we will get on with it." 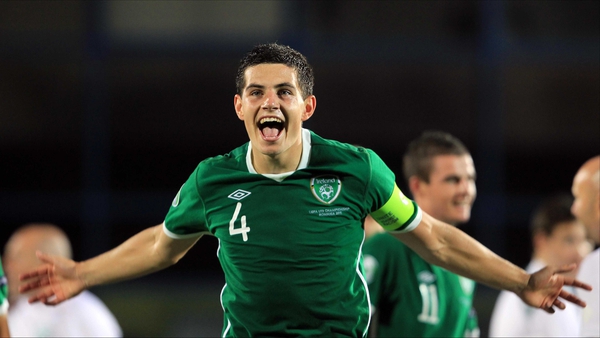