The 21-year-old Argentina international, signed from Roma in the summer for a fee believed to be close to £30million, has featured only sparingly for Spurs and has yet to be handed a start in the Barclays Premier League.

Lamela was an unused substitute in Sunday's 1-0 win over Hull and the former River Plate forward has had to make do with looking to have an impact in Europa League ties.

He is yet to score his first goal for the club and, with limited game time the summer signing has not had the immediate impact many supporters would have expected.

But when asked if the fee paid for Lamela meant there was pressure to pick him Villas-Boas replied: "Not really, no.

"We have been speaking a lot with him. I think getting acquainted to the Premier League is important but he doesn't know the language. (Roberto) Soldado had some knowledge of the language before (he came) so it was a little bit easier for him.

"With Erik it was a little bit more difficult but we have given him massive, massive help and his family arrived this week," he added.

"He knows he isn't producing half of what he can produce but he understands the situation now is that he has to compete for his place."

Meanwhile, full-back Kyle Walker has committed his future to Spurs until 2019.

The England international, 23, joined the club in July 2009 from Sheffield United, and prior to establishing himself as Tottenham's regular right-back he had loan spells back at United and also with QPR and Aston Villa.

Walker was voted the Professional Footballers Association Young Player of the Year for 2012 and has made 112 appearances for the north London club. 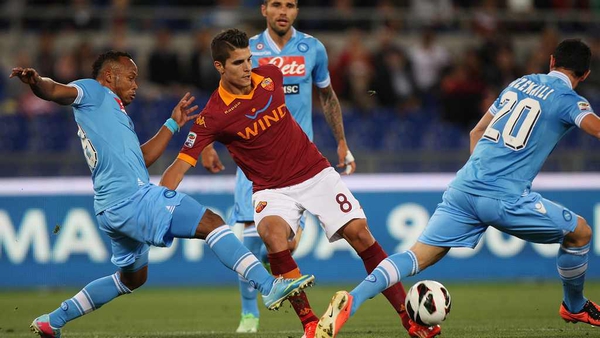