West Brom were left to curse a penalty decision and a late miss and Stoke to rue a wasted Stephen Ireland chance in a drab 0-0 draw.

The Baggies' Youssouf Mulumbu was unfortunate not to be awarded a spot-kick after being clipped by Charlie Adam in the second half of a dull Barclays Premier League clash at the Britannia Stadium.

Ireland could have increased West Brom's ire moments later but blazed over while Stephane Sessegnon could have won it in the last minute when he shot at Asmir Begovic after beating the defence.

Despite that a draw was perhaps a fair result for a game that failed to spark, aside from the occasional flashes of excellence from players such as Sessegnon, Ireland and Marko Arnautovic.

West Brom tried to change the flow by sending on Nicolas Anelka and Shane Long in attack but Stoke continued to press better.

Ireland almost turned provider for Arnautovic but the Austrian was inches away from sliding onto his ball.

Sessgenon almost grabbed a brilliant winner in the last minute when he weaved his way through the Stoke area but, with just Begovic to beat, he shot into the keeper's midriff.

The result meant goal-shy Stoke have still only struck the net four times this season. 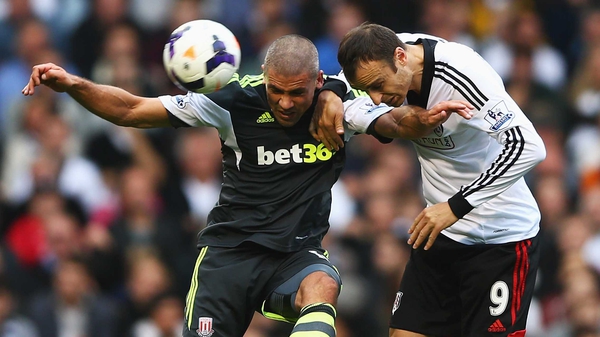