Andy Reid is determined his return to the Republic of Ireland squad will not be a token gesture.

The 31-year-old Nottingham Forest midfielder was discarded by previous manager Giovanni Trapattoni over an alleged breach of a team curfew in the wake of Ireland's 2-1 World Cup qualifier victory over Georgia in September 2008.

More than five years on from that match in Wiesbaden - the game was played in the nearby German city of Mainz because of the political situation in Georgia at the time - Reid was on the plane which headed out from Dublin for the same country ahead of Friday night's clash with Joachim Low's Group C leaders.

However, while Trapattoni's demise paved the way for interim manager Noel King to recall him, Reid is confident he can also play a part in the qualifying campaign for Euro 2016.

“I feel I can contribute my experience to some of the younger lads who are coming through.

"Not just in international football, in all kinds of football, you need a mix of experience and youth coming through, and if I can help some of the young lads and put in some good performances on the pitch, then I feel I can contribute as much as anybody.

"I think I have shown in the past that I have got the ability and I have got the mental strength to compete and to play against some of the top teams in the world, so yes, I am very confident that I can perform."

Reid admitted it was tough to accept his exile from the squad, which came after Trapattoni took a dim view of the post-match celebrations in Germany, particularly with many pundits and fans claiming his creativity was just what the Republic needed.

However, he accepted it with dignity and simply turned his attention to his club career.

He said: "I suppose after the first maybe three or four months of not being in the squad, I kind of came to accept it and then supported my country more as a supporter than somebody who was playing.

"I had no choice really and I suppose that's how I was brought up. I have got a good family, so I feel I have been brought up well and you just behave in the manner that you feel is right."

Having returned to the squad, Reid is intent on forcing his way into the starting line-up for Friday night's difficult trip to the Rhein Energie Stadium in Cologne.

Asked if he was champing at the bit to be involved against the Germans, he said: "Yes, very much so.

"I am very grateful to Noel for picking me in the squad, and I'll be even more grateful if I get on the pitch and get the opportunity to show what I can do again." 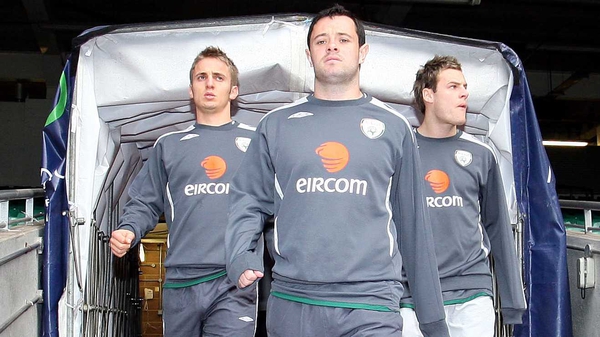