Gareth Bale had a bitter-sweet start to his Real Madrid career when the world's most expensive player scored on debut but Real dropped their first points of the La Liga campaign in a 2-2 draw at promoted Villarreal on Saturday.

The Wales winger, who joined from Tottenham Hotspur for a record fee of €100 million earlier this month, struck in the 38th minute at the Madrigal to make it 1-1 after Cani had put the home side ahead in the 21st.

Playing in a three-pronged attack with Cristiano Ronaldo and Karim Benzema, Bale sped into the area and clipped a Dani Carvajal cross into the net with his right foot before being mobbed by his new team mates.

Cristiano Ronaldo netted a bizarre goal to put Real ahead in the 64th minute when his own shot cannoned back off a defender onto his leg and ricocheted into the net.

It was hard on an impressive Villarreal side, who had been denied by a string of brilliant saves from Diego Lopez, but they were level in the 70th minute when Giovani Dos Santos lashed in a shot that crept into the net off the Real keeper.

The draw spoiled Real's perfect start to the season and they have ten points from four matches, the same as Villarreal and two behind champions Barcelona and Atletico Madrid.

Barca had Alexis Sanchez to thank for maintaining their winning start after the Chilean struck in the 94th minute to snatch a 3-2 win against Sevilla earlier on Saturday. 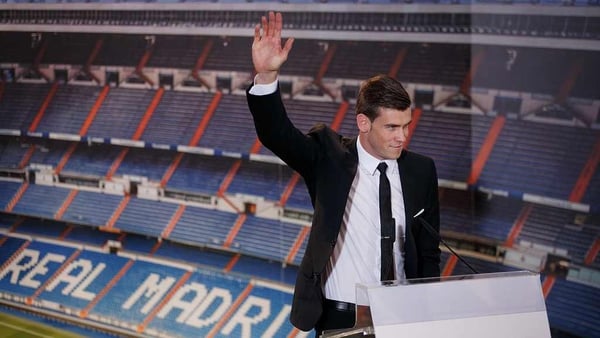