Frank Lampard would welcome Wayne Rooney to Chelsea and hopes manager Jose Mourinho gets his way if he continues to pursue the Manchester United and England striker.

Mourinho has made it clear Rooney is his only transfer target this summer, but United are insistent the 27-year-old is not for sale.

There might have been a chance for Lampard and Rooney to discuss the prospect of becoming team-mates at club level when they were away with England before Wednesday's match against Scotland, but the Chelsea midfielder insists the topic never came up.

Yet there has been no avoiding the speculation linking Rooney with a move to Stamford Bridge.

"I think Chelsea have made their interest known. That's a decision for them and Wayne to come to," Lampard told Sky News.

When it was suggested to Lampard that Mourinho usually gets his way, Lampard agreed, saying: "Yes he does, I think that has shown, but when you're talking about us here we've got a big squad, we've got three or four strikers already.

"We're going into the season strong, but if the manager wants to add another player we all hope he gets his man."

"We're going into the season strong, but if the manager wants to add another player we all hope he gets his man" - Frank Lampard

Lampard is unwilling to speculate on whether Mourinho will have his wish to sign Rooney fulfilled.

"I'm really not sure. I don't know enough about it," he said.

"I didn't speak to Wayne about it when I was with England last week. He was training and he was focused.

"I'm not privy to transfer stuff. That's for clubs to decide. I'm a player. I just keep my mouth shut, and train and play."

Lampard, in the twilight of his England career at the age of 35, will be hoping to play at the World Cup in Brazil with Rooney next summer.

While it promises to be warm in South America, the heat will be nothing compared to Qatar at the same time of year.

The 2022 World Cup in the Arab state is pencilled in for summer, but it could be moved to autumn or winter dates due to concerns over player and spectator safety in severe high temperatures.

Lampard fancies the idea of England taking over hosting duties, although that is an unlikely prospect and one the Football Association has stressed it will not be pushing for.

Lampard is all in favour of the World Cup being taken to all parts of the world, providing the conditions are suitable.

He said: "It's always going to be different for us but I don't think anybody wants to be playing in 50-degrees heat.

"I don't know what the answer is ... whether it's possible ... I wish the World Cup would come to England at that stage and be done with it. We'll see, you never know." 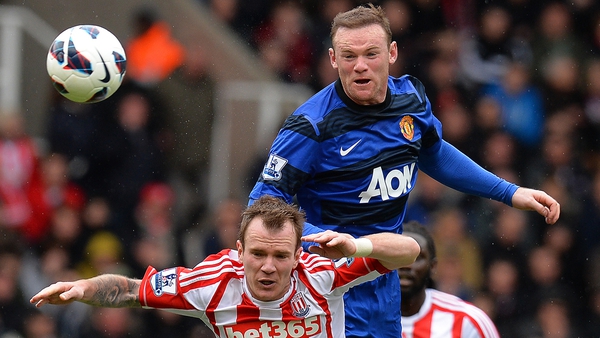