A superb Zlatan Ibrahimovic hat-trick helped Ireland's next opponents Sweden to a 4-2 friendly victory over Nordic neighbours Norway at the Friends Arena on Wednesday.

Sebastian Larsson snapped up a loose pass in midfield before releasing his captain with a perfectly-weighted through ball, which Ibrahimovic coolly slotted home low to goalkeeper Rune Jarstein's right in the second minute.

The tall striker netted his second just before the half-hour mark, latching on to Albin Ekdahl's inch-perfect pass and finishing into the same corner of the net.

Norway pulled a goal back when Mohammed Abdellaoue fired home a penalty in the 38th minute and Stefan Johansen's shot deflected off Mikael Antonsson into the net to level the scores.

Ibrahimovic completed his hat-trick in the 57th minute, blasting in a free kick from a central position which Jarstein could not keep out.

Substitute Anders Svensson scored the goal of the night in the 75th minute, hammering home a twisting, dipping shot for Sweden's fourth on his 142nd international appearance.

Elsewhere, Germany's defensive problems were exposed by Paraguay in a 3-3 draw in an international friendly in Kaiserslautern. 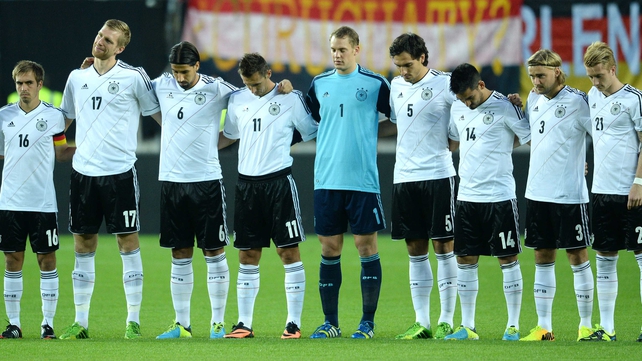 Paraguay raced into a two-goal lead with Jose Nunez and Wilson Pittoni scoring within 15 minutes, but Germany responded well with Ilkay Gundogan and Thomas Muller bringing them level within the next quarter of an hour.

Miguel Samudio then punished some slack defending once again to give Paraguay a half-time lead before Lars Bender spared Germany's blushes with an equaliser 15 minutes from time.

Meanwhile, Austria, who Ireland play away on 10 September, were beaten 2-0 by Greece in the Red Bull Arena.

Greece striker Konstantinos Mitroglou scored goals in either half to secure the win. 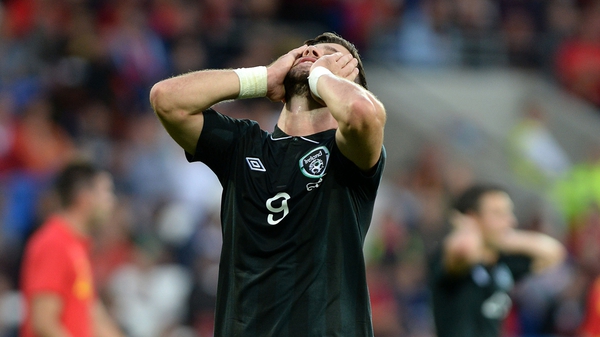