Republic of Ireland captain Robbie Keane has been left out of the squad to face Wales in August.

Manager Giovanni Trapattoni has decided to rest Keane for the tie, while Dunne has not been selected due to lack of competitive action.

Trapattoni feels the centre-back needs to prove his fitness before being included and that there are between three and five defenders that can fill the same role.

Speaking today in Bray as part of the FAI’s 2013 AGM Festival of Football in Wicklow, the Republic of Ireland manager said: "We can draw a lot from our performances in May and June.

"The team showed strong character and enthusiasm against Spain, England and Georgia, and picked up three vital points against the Faroe Islands.

"The players have demonstrated that they are building on each game, and are working very well together.

"This fixture will allow us one more opportunity to prepare for the important World Cup qualifiers in September against Sweden and Austria.

"We will use this time to experiment and develop confidence ahead of the games. I am looking forward to assembling the squad in Cardiff on August 11." 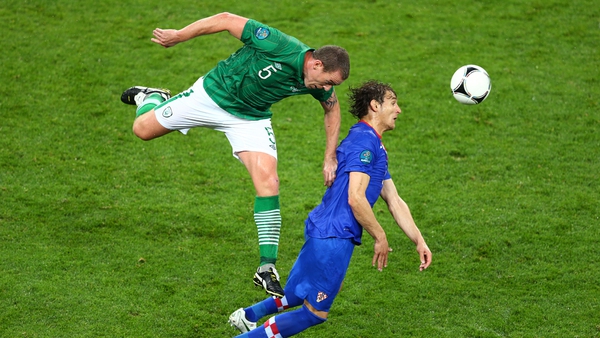