Two goals from captain Zlatan Ibrahimovic helped stuttering Sweden to an unconvincing 2-0 win over the Faroe Islands in their Group C World Cup qualifier in Stockholm.

Sweden had no shortage of possession but struggled to penetrate the massed ranks of the Faroese defence, with the home side taking over 20 minutes to register an effort on target.

Ibrahimovic broke the deadlock in the 35th minute, first playing Mikael Lustig free on the right before meeting the full back's deflected cross with a thumping left-foot volley from close range.

The hosts continued to waste their chances until the Sweden captain then struck his 41st international goal from the penalty spot in the 82nd minute after he was bundled over in the box.

The result leaves Sweden in third place on 11 points, behind Austria and ahead of the Republic of Ireland on goal difference. Germany lead the group with 16 points from their six games. 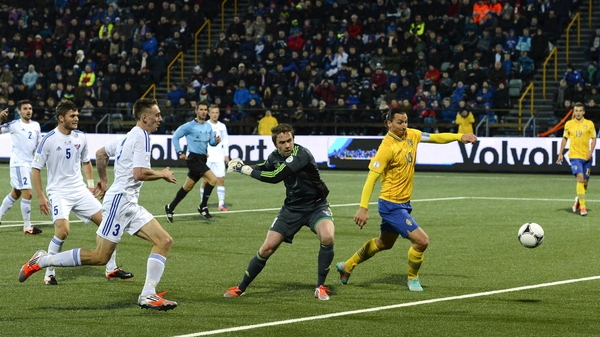