Such is the confidence oozing from every pore of the Republic of Ireland senior women’s team after two back-to-back wins at the Cyprus Cup that centre half Louise Quinn believes they can cause a major shock tomorrow by beating South Korea.

It’s nine years since the women’s team last won three games in a row and they haven’t done it since they became an A-ranked international team in 2005 but Quinn, who is line to make her 20th appearance tomorrow, believes it can be done.

“Obviously it has been a while since we last won two-in-a-row but now we’ve done it we all to keep the run going and make it three-in-a-row,” said Quinn.

“I can really see the difference in the team this week. It is oozing with confidence and there is a real buzz among the group. It’s not going to be easy, because South Korea are a top class team, but we are going to give it a real go.

“We’ve scored six goals in two games and we kept a clean sheet against South Africa which was really important because we had Emma Byrne in goal for the first half and Eve Badana for the second.

“Emma kept us in the game with some good saves and then Eva, who hasn’t had much game time, came on when we were playing into a gale force wind and did really well. It’s a source of great confidence to the defence to know we’ve got two top class goalkeepers behind us.”

This has been a hectic month for Quinn who left Peamount United to join Swedish club Eskilstuna United but she says she really is enjoying the opportunity to be a full-time player.

“It’s great training every day and then doing gym work. I can feel the difference already and I am looking a lot sharper in games. There is no doubt that playing in the Bus Eireann Women’s National League at home helped me make the step up.

“I could see a big improvement in the standard this season from the first season and I think it is only going to get stronger,” said Quinn, who scored her second international goal in last Wednesday’s 5-1 win over Northern Ireland.

Ireland and South Korea have full points after beating Northern Ireland and South Africa although the Irish top Group C on goals scored meaning a scoreless draw in Parlini will be enough to win the group and earn a positional play-off on Wednesday against the fourth place team in Group A.

Wednesday’s games will decide the final tournament positions of the 12 teams involved in the Cyprus Cup and trying to figure out who her side could be playing on Wednesday is causing manager Sue Ronan headaches at this stage.

Ronan said: “Depending on our result against South Korea we will be playing the fourth placed team in either Group A or Group B and at present there are five teams we could be facing ranging from Italy or Scotland from Group A or Switzerland, Finland or Holland from Group B.”

Ireland’s two big injury worries ahead of tomorrow’s game, Meabh de Burca and Sara Lawlor, both trained today to leave Ronan in the position of having all 22 players in the squad fit and ready to play which probably adds to the headaches surrounding team selection. 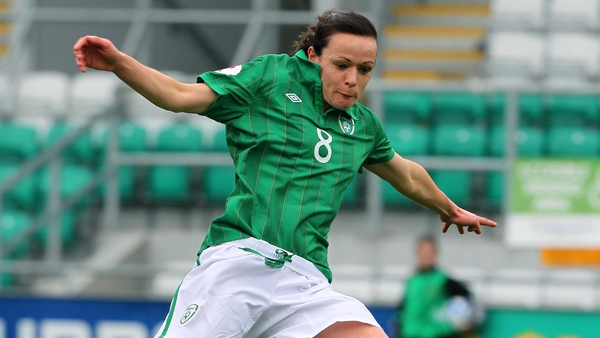