With Hull City chasing promotion to the Premier League and the possibility of seeing more action for the Republic of Ireland, Robbie Brady has much to look forward to.

The Dubliner was present at the FAI Awards in Dublin on Sunday, three days out from the home friendly with Poland and was keen to stress the importance of the Aviva clash.

“It's good to have such a game now. Next month is big month - a big double-header, but like I say it’s all about preparation now. Hopefully we’ll get a good result on Wednesday.

"So far, I’ve really enjoyed my appearances for Ireland. It’s always been my dream to play for my country, especially at home in the Aviva.

"Coming on [against Germany] was a big achievement in my life. I’m settled here now and looking forward to getting many more caps and helping out with some good wins in the future.”

The step up from the Championship to international level does not hold any fears for Brady, who feels that getting the blend right with regard to team selection is more important.

He explained: “Internationals are more high tempo because it’s a one-off game. It’s a big occasion, there’s a massive build-up to it. It’s not like the Championship where the games are coming Saturday after Saturday and there's no messing about.

"I think it’s more about what players Trapattoni brings in and how they gel together. It doesn’t matter if they are playing in the Championship once we all gel as a squad. Everyone that’s in the squad is good, otherwise they wouldn’t be here.

“You know you’ve got to produce the goods when it’s a one-off qualifier against some unbelievable teams next month. But we’ll get together, prepare and hopefully get some good results.

“As for my own form, I think I’m playing well. I didn’t have the best of games at the weekend, I think Giovanni Trapattoni came to see me, but overall I feel my form is good at Hull and I’m really happy and enjoying my football at the minute.”

As a winger, Brady feels its important to build up a relationship with different strikers?

“We’ve got some similar strikers in the box so they will talk to me and tell me what sort of delivery they are looking for. Jonathan Walters is in great form at the minute, same with Kevin Doyle and Conor Sammon, I played against him a few weeks ago with Derby, he’s a handful for anyone.” 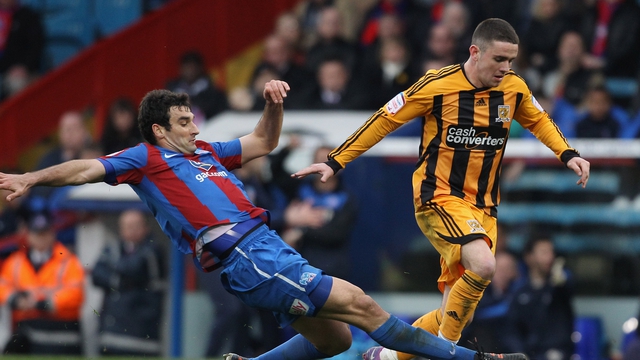 The 21-year-old looks back on his time at Manchester United with some affection, but is happy now that he has made a permanent switch to Humberside.

“In other ways, leaving Old Trafford is like a big weight being lifted. You feel as if you have to produce 100% if you want to get any sort of a shot at Manchester United because it’s a big club.

“If the opportunity came to play for them again it would be brilliant. I’m playing at Hull now; I’m playing well, the gaffer has faith in me. If I keep playing well I can work my way back to the top.”