Carrick's weak back-pass was compounded by David de Gea's failure to block, allowing Jay Rodriguez to give the Saints a second-minute lead.

It didn't prove too costly as Wayne Rooney's double put United ahead before the break and then some backs-to-the-wall defending after the interval allowed the hosts the claim a 2-1 win that sent them seven points clear of Manchester City.

"Michael's pass-back was a bit soft and Michael held his hand up - its great to see that, honest players like Michael saying 'Sorry boss, sorry lads'. It's great," said Ferguson.

The mess-up was part of another jittery display from De Gea, who spilled one Rickie Lambert free-kick before denying the Saints skipper late on.

It raises more question marks over the Spain star's long-term future, although new Southampton boss Mauricio Pochettino had some sympathy for De Gea.

"It is clear to me that any free-kick near to the box, or a corner, presents a goalscoring opportunity," he said.

"That doesn't happen as much in the Spanish league.

"Also, the goalkeeper in Spain is a bit more protected than here. That makes their job here a lot harder."

Ferguson cited a chronic playing surface for his side's dismal second-half performance, although he insisted it should not be used as an excuse and that Southampton's second-half display was the best he had come across at Old Trafford all season.

"We were just a bit unlucky in front of goal. We should have scored at least one" - Mauricio Pochettino

"In the second half Southampton produced the best performance anyone has done here this season," he said.

"They pushed right on top of us and didn't give us time to settle.

"But my experience of this club, when you are going for championships, is that there are always games where you can say we were a bit lucky. This was one of those nights."

Pochettino agreed that his side could count themselves unfortunate to get nothing to assist them in their relegation fight, having tried to exploit some uncharacteristic nervousness in home ranks.

"We did notice that," he said. "In the second half we were dominating the game and taking the game to them.

"We were just a bit unlucky in front of goal. We should have scored at least one.

"But, especially going forward, the way we played in the second half was the way we want to continue playing."

Now Pochettino will get to work on transfer deadline day, indicating there could be some movement tomorrow.

"Tomorrow we will make our final decision," he said. "We are still deciding so at this moment I can't say what will happen." 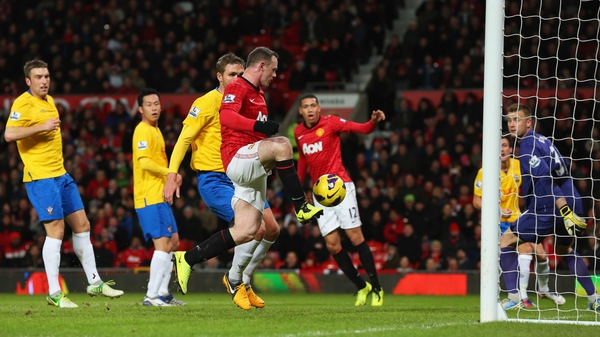