Chelsea defied jet lag and a Championship side with a point to prove as they overturned a one-goal deficit with a five-goal second-half show to beat Leeds and make the semi-finals of the Capital One Cup.

Three days after losing the Club World Cup final in Japan, the last thing a Rafael Benitez team sporting just four changes could have done with was a trip to a rain-soaked Elland Road to meet a team with whom they share a bitter rivalry.

The omens were not looking good either when Luciano Becchio gave Leeds a first-half lead but, as if they had never been away, Chelsea ramped things up after the break.

Three goals in a 20-minute spell from Juan Mata, Branislav Ivanovic and Victor Moses spun things in their favour, with Eden Hazard and Fernando Torres adding extra gloss late on.

On the balance of play it was the least the European champions deserved, with Benitez's men at least proving they have still got what it takes on home soil following their disappointing loss to Corinthians on Sunday and their Champions League exit.

That they had home goalkeeper Jamie Ashdown to thank for the goal that got them level ended up largely irrelevant, with their cutting edge in the final third more than enough and, in the process, allowing Benitez to silence his opposite Neil Warnock, who is not the Spaniard's number one fan.

That Warnock remains unhappy for what he feels was Benitez's part in his Sheffield United side's relegation in 2007 was one of a number of sideshows tonight, with both clubs also linked by Ken Bates - a chairman past and present - and a mutual dislike dating back to the 1970s.

A bad-tempered FA Cup final lit the blue touchpaper for years of resentment and, although tonight was not of Eddie Gray and Ron 'Chopper' Harris proportions, it still offered some hostility, with just 12 minutes gone when Becchio claimed to have been elbowed by David Luiz and team-mate Michael Brown hunting down the Brazilian in retribution.

Frank Lampard was the next to become embroiled in a flashpoint, clattering into the back of El-Hadji Diouf who duly milked the moment as the England midfielder was shown the game's first yellow card.

Brown then crumbled under what he claimed was a shoulder from Mata and the constant niggling started to dominate proceedings as, away from that, the action consisted of Ashdown shovelling behind a Moses shot.

It was another Moses effort, again pushed away by Ashdown, that got football back on the agenda, with Leeds restricted to trying to feed on the scraps of Becchio's knockdowns.

All that changed in the 37th minute, though, as Becchio put Leeds ahead with a counter-attack goal.

After Luiz made a hash of a foray forward, Michael Tonge picked the ball up in centre midfield and ran into Chelsea's half, releasing Jerome Thomas on the left. With Becchio clear and screaming for a pass, Thomas waited until the right moment and squared, with the Argentinean wrong-footing Petr Cech with his 15th goal of the season. Lampard tried to respond with a couple of low strikes that Ashdown dealt with, while Chelsea were fortunate to see Tom Lees plant a free header a couple of inches over as the game opened up in the lead-up to half-time.

The goal had perhaps been harsh on Chelsea but they duly levelled things up just 62 second after the restart, with Mata's crisp, first-time hit off Moses' lay-off getting under Ashdown's outstretched hands and making a mockery of the better saves he had already made.

The former Portsmouth man went some way to redeeming himself as the hour approached, using all of his body to deny Torres and then Lampard, but he could do nothing in the 64th minute as Ivanovic nipped in ahead of everyone at the near post to nod in a Lampard corner.

Moses then found the range he had lacked in the first half with a low edge-of-the-box shot which Ashdown got nowhere near and, if Leeds thought their punishment was over they were wrong as, with 10 minutes left, Luiz split their defence in half and Hazard easily tucked away a one-on-one.

There was still time for more, perhaps flatteringly, as Torres tucked into an open goal with seven minutes left from Hazard's pass after Ashdown had denied Lampard. 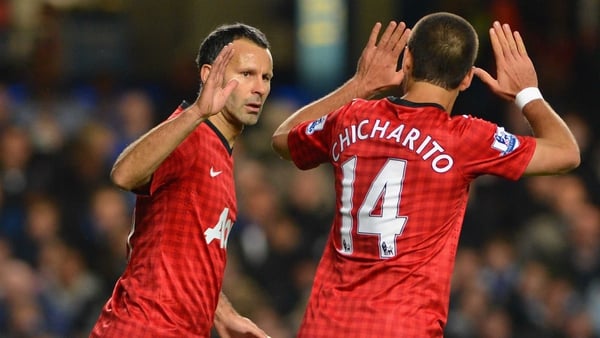