Republic of Ireland winger Aiden McGeady says he is happy to leave the last phase of World Cup qualifiers behind him and has his eyes set on the spring showdown with Sweden.

In October, the Boys In Green were humiliated 6-1 by Germany before beating the Faroe Islands amid intense speculation that manager Giovanni Trapattoni was going to be sacked.

But with six points from a possible nine, the Italian held on to his job and Ireland’s Group C fate now depends on March’s double header with Sweden and Austria.

Speaking after Spartak Moscow’s loss to Celtic in the Champions League, McGeady told RTÉ Sport: “I am [looking forward to it]. The last couple of games that we had, Germany and the Faroes, [were] not great times for the team.

“But hopefully we can turn a corner in March against Sweden, that’s a massive game.

“We’ve still got a chance of qualifying in second. I think Germany are going to  run away with it but we’ve got a chance. That's what we want to do, keep in the hunt." 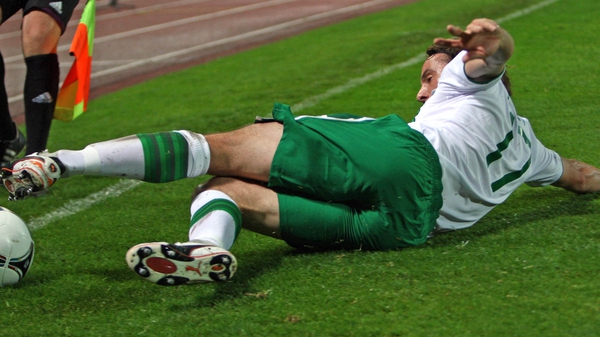