Brazil have appointed Luiz Felipe Scolari as their new coach.

The 64-year-old will lead the five-times World Cup winners into their home tournament in 2014 after the Brazilian Football Confederation announced him as the replacement for the sacked Mano Menezes.

Scolari led Brazil to their last World Cup success in 2002 and left his position in charge of Palmeiras earlier this year.

The unpopular Menezes was dismissed because Confederation president Jose Maria Marin wanted a new approach ahead of next year's Confederations Cup and the World Cup and, after initially saying the new man would be appointed in January, the decision was brought forward.

Scolari had been the overwhelming favourite to take over given the esteem in which he is held by the public.

The former Chelsea boss has plenty of top-level international experience, having led Portugal at the 2006 World Cup and 2004 and 2008 European Championships.

"When the FA president called me last Tuesday and confirmed that I was the chosen one, I thanked him a thousand times" - Luiz Felipe Scolari

Brazil have failed to make it past the quarter-finals of the last two World Cups and nothing less than than another title will be accepted in front of their home fans.

Marin said yesterday experience was the key quality he had been looking for in the new appointment.

Scolari will be assisted by another World Cup winner with Carlos Alberto Parreira, who led the team to glory in 1994 in the United States, coming in as technical co-ordinator.

Scolari claimed he does not feel the pressure of trying to win the World Cup on home soil.

"I'm not feeling under pressure, but very happy," Scolari said.

"When the FA president called me last Tuesday and confirmed that I was the chosen one, I thanked him a thousand times.

"I was under pressure the first time, when we were in danger of not going to the World Cup.

"The players are those who always have pressure over them, I don't."

Scolari's first spell in charge started in 2001, when Brazil were struggling in the South American qualifiers.

He successfully led the team to Japan and South Korea and eventually to victory in the tournament. 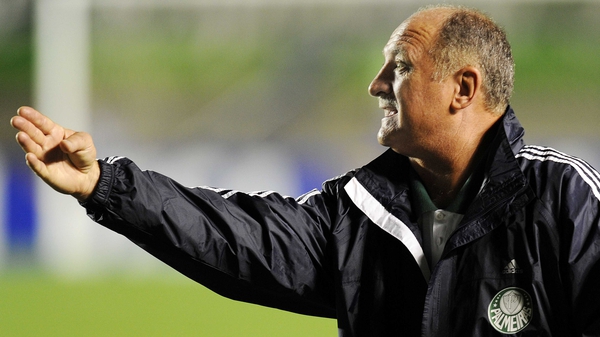