Dougie Freedman has left Crystal Palace and become the new manager of Bolton, the London club have confirmed.

Freedman, 38, was given permission to talk to Wanderers on Monday after a U-turn from Palace, who had initially refused to allow contact hours earlier.

And Bolton have wasted little time coming to an agreement with the 38-year-old, with Palace breaking the news via an official statement.

Freedman succeeds fellow Scot Owen Coyle at the Reebok Stadium after Coyle was sacked on 9 October.

Caretaker manager Jimmy Phillips duly took charge of Saturday's 3-2 home win over Bristol City as the Trotters showed spirit to come back from two goals down.

But the rumour mill was already in full swing over the weekend and Bolton chairman Phil Gartside made his move for Freedman on Sunday.

The former Palace striker was named Eagles manager on a permanent basis in January 2011 and led the club to a League Cup semi-final last season.

His credentials have continued to rise this term with Palace currently riding high in fourth place in the npower Championship and on an eight-match unbeaten run, which included a 1-0 win at Bolton on 29 September.

Lennie Lawrence and former Republic of Ireland international Curtis Fleming will take charge of Crystal Palace's trip to Barnsley tonight, it is unclear although unlikely that Freedman will be in the dugout for Bolton's clash at Wolves.

A watching brief from the stands at Molineux seems the more reasonable expectation. 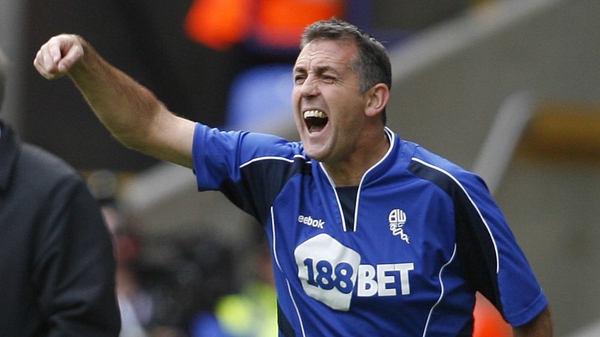