Cristiano Ronaldo bagged a hat-trick to lead Real Madrid to a 5-1 rout of Deportivo La Coruna last night and then immediately turned his attention to ending Barcelona's 100% start to the Primera Division season next weekend.

Jose Mourinho's champions will head to the Nou Camp for Sunday night's first Clasico of the campaign trailing Tito Vilanova's side by eight points.

But Ronaldo was upbeat about Madrid's chances of repeating last term's 2-1 success in Catalonia, which virtually assured the title for the capital club.

"I think we are going to win. We have the quality to win at the Camp Nou"

"We know what it is going to be like against Barcelona, but we've won there," the Portuguese said.

"It will be a tough game. It's important to us and we have to concentrate and be confident in producing a good game.

"I think we are going to win. We have the quality to win at the Camp Nou. We will see what happens."

Riki gave the visitors a shock lead on 15 minutes at the Bernabeu last night but Real were level seven minutes later when Ronaldo scored from the penalty spot after Manuel Pablo had brought down Angel Di Maria.

And the hosts were in cruise control by half-time as Di Maria and Ronaldo nodded in from close range just before the break.

Pepe headed in the fourth 25 minutes from time following Xabi Alonso's free-kick, before Ronaldo completed his treble with another penalty after Evaldo had been harshly adjudged to have handled Kaka's cross.

Ronaldo acknowledged the importance of the victory given his side's surprisingly poor start to the defence of their title, which has included defeats to Getafe and Sevilla and a home draw against Valencia.

"We were a bit asleep at the beginning but then woke up and played a good game," the 27-year-old said.

"We knew we could not afford to lose any more points and it was a very important victory."

Assistant coach Aitor Karanka was not getting carried away despite the emphatic win, and preferred to focus on Wednesday's Champions League trip to Ajax before thinking about Barcelona.

"It was a league match. It's three points and we will analyse it tomorrow, as with every match, and draw the necessary conclusions - especially taking into account Wednesday's match, which is the next thing to tackle," he said.

"We have the feeling that we need to concentrate on ourselves - to keep improving and growing and win the league matches that we have.

"We are thinking about Wednesday's match and afterwards we will think about the Barcelona match." 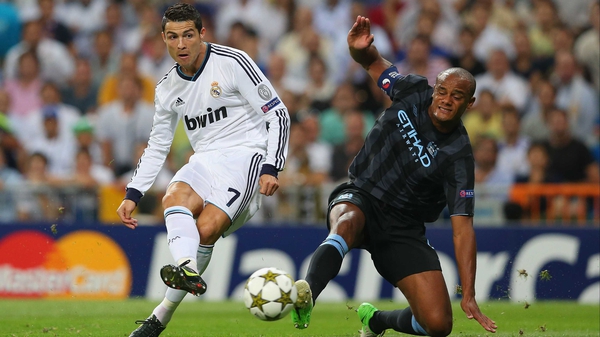