Asmir Begovic made a stunning late save and Ryan Shawcross cleared off the line as Stoke clung on for a controversial 1-1 draw against Premier League champions Manchester City.

Peter Crouch gave the hosts an early lead at the Britannia Stadium despite a suspicion of handball but Javi Garcia marked his City debut by equalising before the break with a free header.

Garcia almost snatched a last-minute winner but Begovic pushed his header from a corner onto the post and Shawcross chased back after Edin Dzeko lobbed the goalkeeper in injury time.

It meant a fourth consecutive 1-1 draw in this fixture and Stoke's fourth draw of the season.

Stoke had thrown on former England striker Michael Owen for his debut in the last minute but his introduction came too late for him to make an impression.

Garcia had been one of three debutants in the visitors' side along with Maicon and Scott Sinclair, while Steven Nzonzi made his Stoke bow and Charlie Adam his first start.

The champions made a positive start as Sinclair broke into the box to whip in a low ball but Robert Huth cleared.

Carlos Tevez also fought off the attention of Nzonzi to get away a shot from long distance but it was deflected narrowly wide.

Stoke went ahead in contentious circumstances after 15 minutes when Crouch, with his back to goal, benefited from a touch with the hand as he controlled a Jon Walters cross and turned Joleon Lescott.

He then enjoyed another slice of luck as the ball took a ricochet off Garcia but he still showed nimble footwork to tuck the ball away.

It was far from the spectacular volley which lit up last season's fixture between the two sides but, with no offences spotted, he gleefully accepted it all the same.

City looked for a response and Tevez played in Mario Balotelli with a superb through-ball.

Balotelli, cleared to play after successful eye surgery during the international break, had looked in the mood and dealt well with Stoke's attempts to rile him throughout.

He wrong-footed the defence with a smart turn but clipped a well-struck left-foot effort over the bar.

Yaya Toure whipped a long-range free-kick just over after Balotelli had received some rough treatment - not for the first or last time - from Andy Wilkinson.

City's equaliser came from another free-kick, which Stoke surprisingly failed to cope with, after 35 minutes.

Garcia was allowed a free header as he ran in to make firm contact with Tevez's curling cross. The closest Stoke player to him, Adam, appeared to have been impeded by his own team-mate Marc Wilson.

The visitors almost went ahead moments later as Maicon forced Begovic to tip around the post with a powerful low volley.

Stoke made a positive start to the second half and Garcia, signed on deadline day from Benfica for a reported £18 million, was tested defensively.

He mistimed one tackle on Nzonzi, made another fine effort to win the ball from Walters but was then booked for a crude challenge on Michael Kightly.

Crouch thought about recreating his stunner from six months ago as he flicked up the ball outside the box and attempted to volley but he miscued horribly and Joleon Lescott cleared.

Kightly, coming into the game after a quiet first half, also got forward but saw his shot blocked by Maicon.

Toure, so often City's talisman, attempted to spark his side into life and charged forward to play a fine-looking ball through for Sinclair.

Sinclair failed to reach it as Shawcross stretched out a foot but the ball rebounded for Toure, who continued his run and brought a superb save out of Begovic.

The game was interrupted when Balotelli went down after an apparent off-the-ball clash with Wilkinson, the pair having shadowed each other most of the afternoon.

Referee Mark Clattenburg spoke to the players but took no action and replays did not suggest anything serious had occurred.

Balotelli, however, maybe feeling wronged, snatched at a shot moments later and failed to work Begovic.

Owen received a huge ovation when he warmed up but manager Tony Pulis resisted the temptation to use him until the last minute.

City pressed for a late winner and Samir Nasri turned in the area and went down under pressure but nothing was given. The Frenchman then stung the palms of Begovic with an 18-yard effort moments later.

In a frantic finish, Garcia was denied brilliantly by Begovic and Shawcross did just as well to prevent Dzeko snatching victory. 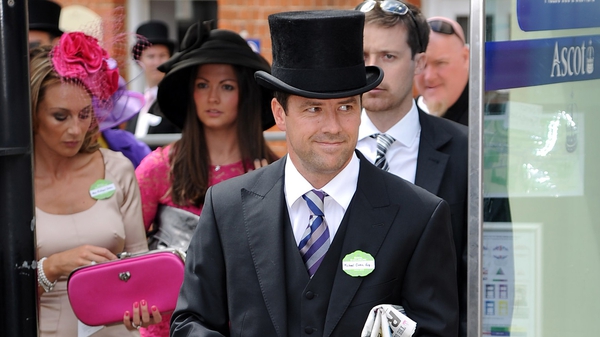