Manchester United defender Rio Ferdinand has been fined £45,000 after being found guilty of improper conduct over comments he made relating to the John Terry racism trial on Twitter.

Ferdinand appeared to endorse a Tweet by another user of the social networking site which described Chelsea defender Ashley Cole, who gave evidence on behalf of Terry in the trial, as a "choc ice".

The term is understood to mean someone who is black on the outside but white on the inside.

He is also now contesting a Football Association charge over the same incident.

The FA said in a statement today: "Manchester United's Rio Ferdinand has been fined £45,000 after an independent regulatory commission found proven a charge of improper conduct in relation to a comment posted on Twitter.

"The commission decided that the comment was improper and brought the game into disrepute. In addition, the commission found that the breach included a reference to ethnic origin, colour or race."

Terry was found not guilty of abusing Anton Ferdinand on 13 July at Westminster Magistrates' Court.

The Chelsea defender, who was stripped of the England captaincy while the case was ongoing, admitted using the phrase "f****** black c***" towards Ferdinand but said he was only sarcastically repeating what he thought Ferdinand had accused him of saying.

Terry was charged by the FA over the incident on 27 July and has requested a personal hearing, with no date set for the hearing to take place. The FA said he was free to continue representing England until the case had been heard.

Rio Ferdinand was not included in the England squad for Euro 2012, with national team manager Roy Hodgson citing "footballing reasons". 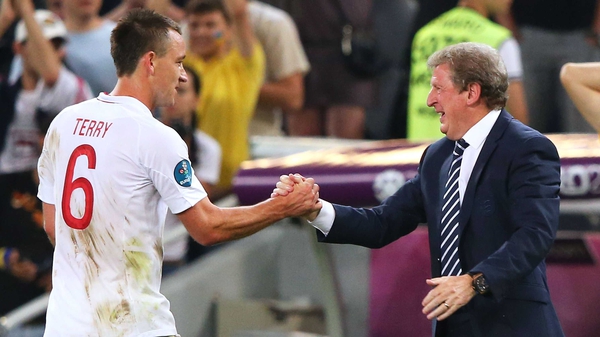