Liverpool owner John Henry says his club faces a huge financial challenge to compete with the very best as the English Premier League side continues to pay the price for the failings of the previous regime.

He said that the Fenway Sports Group (FSG) was committed to restoring the Reds to the top of the English game but warned not to expect a change of fortunes as rapid as the one achieved with the Boston Red Sox.

FSG acquired the Major League Baseball team in 2002 and within two years, they ended an 86-year wait to win the World Series.

They completed their Anfield takeover in October 2010, bringing to an end the acrimonious reign of fellow Americans Tom Hicks and George Gillett.

"The best analogy is that you can't turn an ocean liner around like you can turn a speedboat," said Henry, whose consortium paid £300m for the club when they were on the brink of administration.

"When you look at the rivalry between Liverpool and Manchester United, Liverpool isn't holding up its side of the rivalry."

He added: "That is the way it was with the Red Sox and the (New York) Yankees," he added. "The Yankees were just completely dominant when we arrived.

"We knew we could never be on an equal footing financially with the Yankees. But we had to do everything in our power to get on a level footing with them on the playing field.

Liverpool have finished sixth and eighth in the Premier League over the past two seasons.

Principal Owner Henry and Chairman Tom Werner said transforming the club's fortunes would take time, with a squad in need of strengthening and an inflated wage bill to reduce.

"We looked at how the situation was financially, with the player contracts and the youth system," Henry said. "The further we went into it, the more sobered we were.

"Looking back at the day we bought Liverpool, I was trying to make a point then about how much of a challenge it was going to be because of the issues we inherited.

"We had a lack of depth in the squad and some really high payrolls. We also had issues with the age of the players and so forth. We knew it was going to be very difficult.

Werner promised FSG were serious about building for the future.

"We can close that gap and compete at the very highest level. Absolutely." 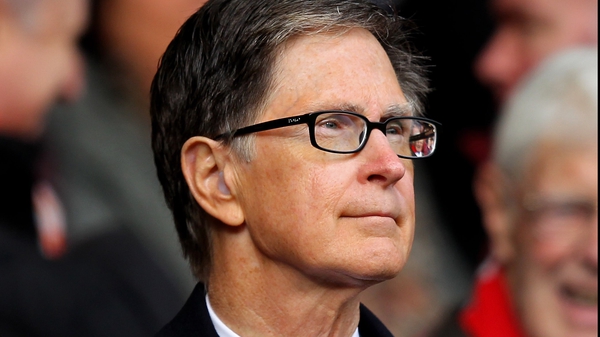 John Henry: FA Cup win for Liverpool would not have saved Kenny Dalglish