Andres Iniesta, who helped Spain to a second successive European Championship triumph in Poland and Ukraine, was named the best player at the tournament by UEFA on Monday.

Iniesta played a central role for Spain in Sunday's 4-0 win over Italy as they became the first country to retain the title.

"Iniesta sends a message about creative and incisive football and was superb throughout," said UEFA's Andy Roxburgh.

Spain - By the Numbers

20 - Competitive games since they last lost.

29 - European Championship games without defeat since going down 2-0 to Sweden in a qualifier in October 2006.

79 - International clean sheets for Casillas, who has won 100 of his 137 games to date for his country.

189 - The total number of minutes played by Torres at the finals.

63 - The average number minutes on the pitch needed for Torres to score each of his three goals.

531 - Total passes completed by Xavi at an average success rate of 86%. 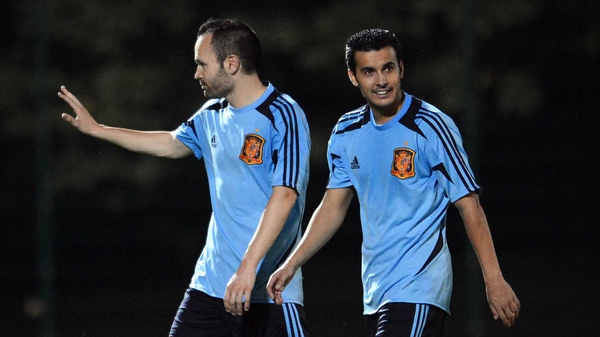