Germany midfielder Bastian Schweinsteiger has confirmed he will be fit to face Italy in tomorrow's Euro 2012 semi-final.

Schweinsteiger complained of a sore ankle after the last-eight win over Greece on Friday.

However, the Bayern Munich man has shrugged off the problem and will take his place in the German side aiming to record their first competitive win over Italy.

"I am 100% fit and very much looking forward to the game," he said. "I have trained twice fully and I feel good."

But the Germany coach, whose side are on a world record run of 15 successive wins in competitive matches, is unrepentant.

"I don't make my decisions dependent on what could happen," he said.

"I made my decision based on my own conviction.

"Before the Greece game I had the feeling in the last third of the game we had the right players who could play well against their defence." 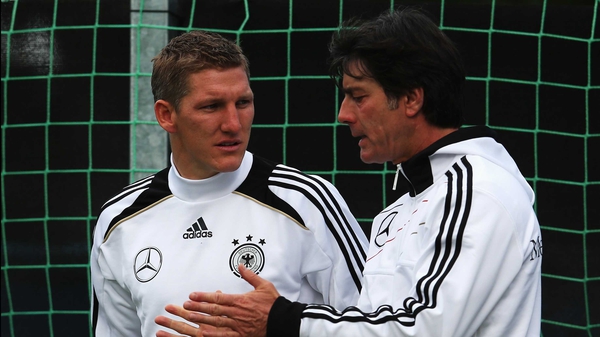