UEFA have fined the Croatian and Portuguese football federations for the improper conduct of their supporters during Euro 2012 matches.

The Croatian football federation, who last week were fined €80,000 after their fans were found guilty of racially abusing Italy striker Mario Balotelli, were today handed a €30,000 punishment for incidents during their match with Spain - including the display of racist banners.

Their Portuguese counterparts, meanwhile, were fined €7,000 for an attempted pitch invasion by a supporter in their quarter-final against the Czech Republic.

A UEFA statement said of Croatia's fine: "The sanction has been imposed for the setting off and throwing of fireworks and the improper conduct of supporters (display of inappropriate and racist banners) at the EURO 2012 Group C fixture against Spain in Gdansk on 18 June."

The statement continued: "The Portuguese football federation (FPF), meanwhile, has been fined €7,000 for the inappropriate behaviour of their supporters - attempted invasion of the field of play by a fan - at the quarter-final against the Czech Republic in Warsaw on 21 June."

Croatia were knocked out of the European Championship after finishing third in Group C while Portugal face Spain in the first semi-final tomorrow night.

Croatia's punishment last week, which was also dished out for the setting off and throwing of fireworks, was the first for a racially-aggravated offence at a tournament which has been marred by the problem.

According to official observers, Italy striker Balotelli was subjected to monkey chants by between 300 and 500 Croatia fans during the 1-1 Group B draw in Poznan.

There were also accusations of a banana being thrown onto the pitch at the Municipal Stadium.

This afternoon's fines for the HNS and FPF come after UEFA earlier today opened disciplinary proceedings against both the Spanish football federation and the Russian football union for the improper conduct of their supporters during group matches.

A UEFA statement read: "UEFA has opened disciplinary proceedings against the Royal Spanish Football Federation (RFEF) for the improper conduct of their supporters (racist behaviour, racist chanting) at the EURO 2012 Group C match against Italy in Gdansk on Sunday 10 June.

"Disciplinary proceedings have also been opened against the Russian Football Union (RFS) for the improper conduct of their supporters (racist behaviour, racist chanting) at the EURO 2012 Group A match against the Czech Republic in Wroclaw on Friday 8 June."

The cases will be dealt with on Thursday.

Russia, who were knocked out at the group stage, have been punished three times already by UEFA for the improper behaviour of their fans during the tournament.

They were given a suspended six-point deduction from their next European Championship qualifying campaign, and fined €120,000, due to "the setting off and throwing of fireworks and the display of illicit banners" during the opening group match against the Czechs.

Russia appealed against that punishment.

The RFS were then fined €30,000 for spectator-related incidents during their second group match against Poland, which again included the setting off and throwing of fireworks, the displaying of illicit banners and a pitch invasion of a supporter.

And on Saturday the RFS were hit with a €35,000 fine for fireworks and displaying of illicit banners in their final Group A game against Greece.

UEFA have also punished several other countries for spectator-related incidents in Poland and Ukraine. 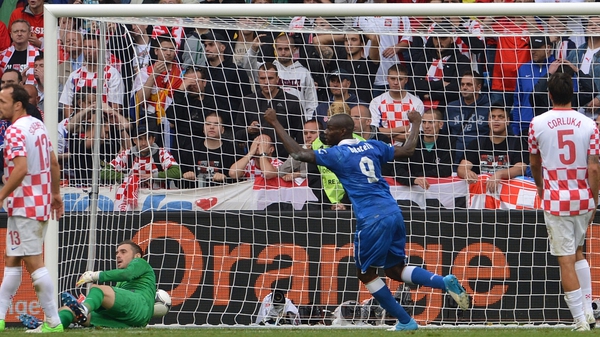