Former Portugal and Benfica great Eusebio is in a stable condition after doctors conducted a coronarography to examine the condition of his heart after he was taken to hospital in the Polish city of Poznan on Saturday.

"I had the chance to talk briefly to him this morning and I asked him if his heart hurt, he said not at all," hospital spokesman Stanislaw Rusek said.

"The news is good. Doctors are satisfied that his condition is stable and we will see where we will go from here."

Eusebio, who turned 70 in January, travelled with the national team to Poland and was in the stands for the Euro 2012 quarter-final win over the Czech Republic, cheering alongside former Portugal captain Luis Figo.

He has been admitted to hospital three times since December. He has been suffering from hypertension and his doctors have said he must have regular examinations.

A coronarography, literally an x-ray of the coronary arteries, involves puncturing an artery and introducing a product impervious to X-rays to give doctors a clear picture of the state of the heart's arteries.

"Eusebio is very strong, he proved that as a player and we don't have any worries about the recuperation because we believe in his quick recovery," Portugal defender Joao Pereira told reporters. 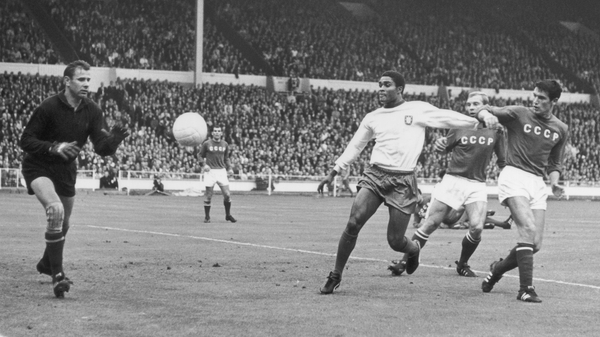