Outplayed for the majority of the first half, the Czechs were seemingly stung into action after Greece took a half-time lead against Russia in the other Group A game in Warsaw.

That result left Michal Bilek's men needing all three points to reach the last eight and after dominating the tempo after the interval, Jiracek's calm finish ensured they topped the group, with Russia and Poland the eliminated teams.

Poland knew nothing less than a win would see them reach the knockout stages at the expense of the Czech Republic, who also needed three points to guarantee their qualification for the last eight.

Similar to their previous two matches, Poland were understandably backed by boisterous home support and they nearly gave them something to shout about early on but Dariusz Dudka's overhead kick hit the side netting.

Yet they should have been behind soon after and were grateful for Vaclav Pilar completely fluffing his lines in front of goal after Theodor Gebre Selassie had picked him out with a low ball into the area.

The frenetic start continued, with Poland midfielder Ludovic Obraniak's free-kick from a narrow angle hitting the side netting once more while Robert Lewandowski should have done better after slicing horribly wide with a decent sight at goal.

It seemed only a matter of time that the Czech Republic defence would be breached and goalkeeper Petr Cech had to be at his best to push away Sebastian Boenisch's dipping 30-yard effort.

With the rain teeming down in Wroclaw, the action slowed down a touch although the Czechs, who beat Greece after losing to Russia, ended the half well.

Milan Baros, after beating the offside trap, failed to control David Limbersky's chip over the defence while Pilar's powerful strike from the edge of the area was gathered by Polish keeper Przemyslaw Tyton at the second attempt.

As the teams trudged off at the interval it was the Czechs who would be going through but Greece taking a shock lead on the stroke of half-time against Russia meant both the Czech Republic and Poland needed victory if the result in Warsaw stayed the same.

Spurred into action the Czechs responded positively, dominating possession in the early stages of the second half but failing to create any clear cut chances.

However, Poland were conceding needless free-kicks on the edge of their area and were nearly made to pay for their reckless defending.

Plasil's excellent delivery found Tomas Sivok but his header was blocked and then instantly punched away by Tyton.

The Czechs were rewarded for their second-half persistence in the 72nd minute as Jiracek gave them a deserved lead.

Baros ran through on goal before sliding the ball to Jiracek, who cut past Boenisch and coolly slotted past Tyton.

Poland head coach Franciszek Smuda threw caution to the wind, bringing on Pawel Brozek and Adrian Mierzejewski immediately after but they failed to test Cech although the Czech Republic defended stoutly.

However, in injury time Poland's Jakub Blaszczykowski went through on goal and lifted the ball over Cech only for Tomas Sivok to head off the line, with the final whistle blown immediately after to herald scenes of jubilation from Bilek's men. 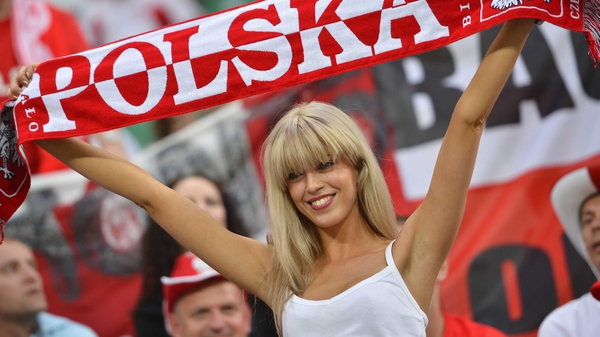 As it Happened: Euro 2012 Group A final games Soccer