Croatia were dealt a major blow today when striker Ivica Olic was ruled out of Euro 2012, while Italy defender Andrea Barzagli has been ruled out of the group phase

Scans have revealed the full extent of the departing Bayern Munich frontman's thigh injury and he is expected to be out of action for between four and six weeks.

His place in the Croatia squad, who provide the Republic of Ireland's first opponents in Group C, will be taken by Dnipro's Nikola Kalinic.

A statement on the Croatian Football Federation's official website said: "Unfortunately, Ivica Olic will not participate at the European Championships in Ukraine and Poland, and as his replacement, coach Slaven Bilic has called Nikola Kalinic."

Olic, who is to join Wolfsburg, suffered the injury in a friendly draw with Norway at the weekend.

He is due to fly home from Croatia's training camp in Munich later today.

The Croatians open their campaign against the Republic in Poznan on Sunday evening.

Meanwhile, Italy defender Andrea Barzagli has been ruled out of the group phase and possibly the whole tournament with a calf strain.

The centre back suffered the injury in Friday's woeful 3-0 friendly defeat by Russia.

"We are confident he can recover but in any case he would not be available in the first phase,” said Italy team doctor Enrico Castellacci. 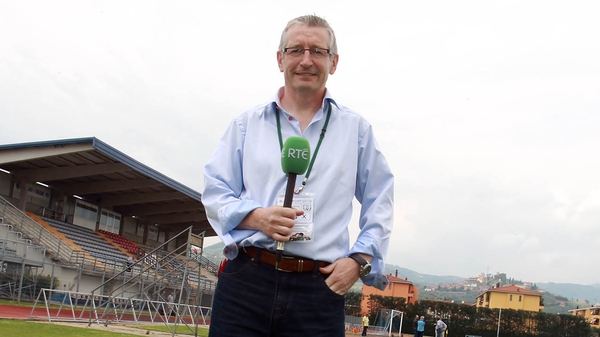 The Inside Track: Budapest and beyond