Giovanni Trapattoni has clearly grown tired of taking questions about Kevin Foley's removal from the squad. Not that stopped journalists asking him about it after Thursday's training session.

He was clearly irritated by the time he reached the electronic media after speaking to the written press and he read a prepared statement to try to address the matter.

"I have already explained to you why I chose between two players with different characteristics. I don't have anything else to add," he said.

The Italian seemed in more jovial mood when talking to the local media in his native tongue a couple of minutes later.

The Foley issue apart, there is a really good atmosphere in the camp and the players have clearly being enjoying their stay in Tuscany.

The return to fitness of Shay Given and John O'Shea has boosted spirits and the squad were happy to be back on the training pitch after a day off on Wednesday.

They were less enamoured by the mixed zone that awaited them afterwards. You could see the fear on some of their faces as they had to run the gauntlet of press on the way to the team bus.

As there was no back door for Damien Duff to sneak out of, he stopped and chatted amiably with the daily papers for a few minutes.

Shane Long happily posed for photographs in an old banger of a three-wheeled van that is used to collect the training kit.

Trapattoni always speaks of the little details and learning lessons along the way.

It seems his staff had learned a few things from Monday's session as the training game was moved to the other end of the pitch to stop the local kids stealing any more balls.

Not that was the end of the wayward shooting, as Kieren Westwood almost took out Donall Farmer of the Inpho photography agency. As the players took part in a quiz in their hotel on Thursday night, the journalists were treated to a night of free food and drink courtesy of Bord Bia at nearby Gambrinus café bar.

The local trad music band performed several Irish classics including Wild Rover, Whiskey in the Jar, Molly Malone and even tried their hand at the official song Rocky Road to Poland.

The musicians were superb but the singer murdered several of the hits, but strangely enough on the second set, and after a few glasses of vino rosso, he didn't sound too bad.

As Wednesday was a rest day for the players there was no media activity. I decided to go for a run after finishing off some feature work.

Feeling adventurous, I challenged myself to make it to the all the way to the top of the Montecatini Alto, which overlooks Montecatini Terme where we are staying.

The Giro D'Italia came through these parts recently and you can see why, as the steep, twisting, corkscrew-like roads through the Tuscan hills make for tough cycling.

As I sweated my way up the hill in the warm early evening sun it felt like the top would never come. I felt like turning back a number of times, but eventually made it to the pretty village perched on top of the hill.

The views were spectacular but I think I'll take the funicular the next time I visit Montecatini Alto. 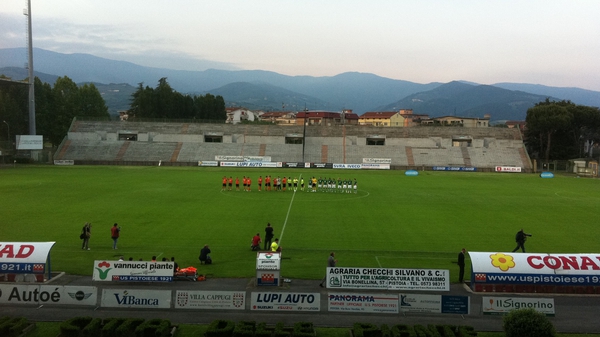 Diary of a hard-working journalist: Mason in Montecatini - entry 2