Liverpool midfielder Charlie Adam has been ruled out for the rest of the season with a knee injury, manager Kenny Dalglish has confirmed.

The Reds boss also said the Scotland international would not be fit to be considered for selection for Great Britain's Olympic team for this summer's London Games.

"There is no operation needed but he won't play this season," said Dalglish.

"And I would think if they had any designs on having him in the Olympics he wouldn't be fit for that either."

Adam was forced off with the injury in the 3-2 defeat to QPR at Loftus Road on March 21.

Dalglish initially said it would be a fortnight before they knew the full extent of the problem but it has taken a while longer to have it confirmed.

Adam was on crutches for Liverpool's FA Cup semi-final victory over Everton just under a fortnight ago but by last weekend he was walking unaided.

It brings to an end a disappointing first season at Anfield for the 26-year-old, who arrived from Blackpool for £6.75million in the summer with high expectations after impressing for the Seasiders despite their relegation from the top flight.

However, after an encouraging start, scoring on only his fourth appearance for his new club, Adam's form dropped.

He missed a penalty in the Carling Cup shoot-out win over Cardiff in February and soon after, having been a regular starter, he lost his place to Jay Spearing.

Adam is the second central midfielder to have his season prematurely ended by injury with Lucas Leiva, a pivotal figure in Liverpool's set-up, missing since November with a knee problem which did require surgery.

Captain Steven Gerrard was also absent for the majority of the first half of the campaign - making just five appearances between August and December - after groin and then ankle problems.

The England international sat out last Sunday's defeat at home to West Brom as a precaution but is fit to return to face Norwich this weekend. 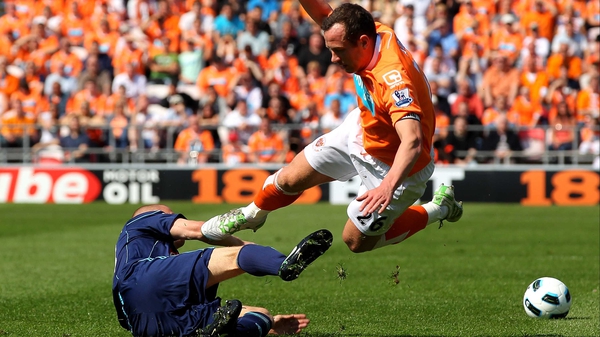