Stephen Ward has cleared interim manager Terry Connor of blame as Wolves stare down the barrel of a gruelling relegation dogfight.

After a run of four months without a home win and just one success in 2012, Wolves are bottom and four points shy of safety with eight games left.

"It's nothing to do with TC why we are in this position," he said.

"We weren't exactly firing on all cylinders before he was appointed, but, if you ask all the boys, they would all say TC has been the right man.

"I don't think anyone could have done better. When the decision was made, we all backed it straight away.

"Anyone else coming in would have taken a couple of weeks to have a look at the boys to get to know us, find out his best team and who he wanted and who he didn't.

"At least TC knows us inside out and it's nothing to do with TC or the staff, it's the players."

Ward claims Connor's tactics and approach to the job could not have been better.

He added: "TC has done fantastically well with us since he's been in the job, from his tactics to his training to keeping the lads fresh.

"That is important at this stage of the season because there's been a lot of football played and a lot of tired legs.

"He's kept us all going but the boys have to hold our hands up and say we've not been good enough this season.

Ward is adamant the Wolves players will not throw in the towel, even though some bookmakers are now making them 1-10 to be relegated.

"We know that and we've got to be better and for the last eight games, if we can perform like we did on Saturday at Norwich, then we'll give ourselves a fighting chance.

"It's important that the fans realise we're as disappointed as they are.

"We do feel we're letting them down but we're Wolverhampton Wanderers and once we pull that shirt on, we give it everything."

"We still believe we can stay in this league. One result could still change everything." 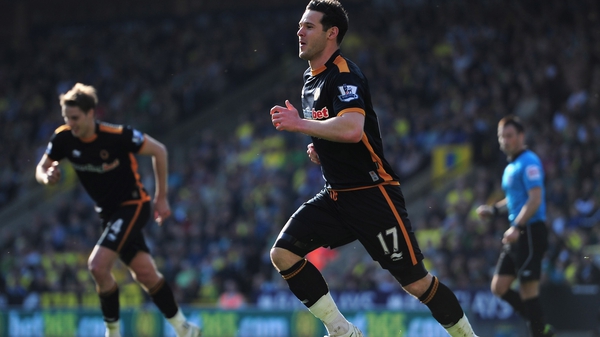