Republic of Ireland manager Giovanni Trapattoni has won the Philips Manager of the Year award after guiding the national team to their first major championship finals in 10 years.

The Italian was in competition with Dublin football manager Pat Gilroy, who led the capital side to their first All-Ireland title in 16 years, Brian Cody, who lifted the Liam McCarthy trophy with Kilkenny, and Leinster’s Heineken Cup-winning coach Joe Schmidt.

But the award, which was announced at a ceremony in the Shelbourne Hotel in Dublin on Wednesday afternoon, was given to the 72-year-old in recognition of his achievement of guiding the Republic to second place in Group B and the subsequent 5-1 aggregate win over Estonia in the play-offs.

The last time the award went to an international football manager was in 2001 when Mick McCarthy brought Ireland to the 2002 World Cup finals. 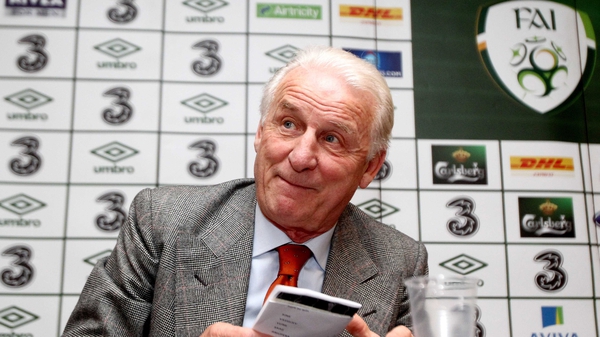