The Directors of Sporting Fingal FC have confirmed that the club has withdrawn its application for a licence from the FAI to participate in the upcoming 2011 Airtricity League season.

This decision was taken after funding targets integral to
the club’s continued existence were not reached during the off-season.

Efforts to secure vital funding have been ongoing since the departure of Benefactor Gerry Gannon at the end of last season and, while this process yielded investors and backers, the failure to secure a particular key sponsor at an advanced stage of negotiations last week necessitated a revision of the club’s business plan.

The closeness of this set-back to the club’s opening game of the
season, next Monday in the Setanta Sports Cup, hastened the
requirement to source an alternative revenue stream.

Unfortunately, this objective was not achieved within the requisite timeframe.

It is therefore with much disappointment that the club is left with no option but to cease trading after three seasons in the League of Ireland.

Accordingly, the club’s signed players are automatically
released from their contracts and can sign for other clubs as free
agents.

'Finding a replacement for our supportive backer was always going to be a major challenge but we were pleased with the progress made.

'Sadly, the suddenness and timing of last week’s sponsorship set-back sent us back to the drawing board, a predicament we were simply unable to overcome so close to the season kick-off.

'The core aim from the outset of Sporting Fingal’s creation in 2007
was to develop a club with a particular emphasis on using sport as a vehicle for community gain within the Fingal area.

'That commitment to community development was demonstrated through the various initiatives associated with the club such as the Community Trust, partnership with the North Dublin SL, third-level scholarship agreements with DCU and ITB as well as the establishment of the Sporting Fingal Special Olympics team, the Sporting Fingal Power Wheelchair team and the bestowal by the FAI of a Football for All status on the club.

'Our success on the pitch, especially winning the 2009 FAI Ford Cup and participating in last year’s UEFA Europa League, was testament to the dedication and resilience of the players.'

John O’Brien, Secretary of Sporting Fingal, said: 'It is a very sad
day, but we simply ran out of time. We are especially disappointed for everyone who has backed the project and those who have put so much into the club – the players, management, coaching and office staff, volunteers, our supporters, our partners in the North Dublin Schoolboy League, our sponsors, the FAI who have been most helpful to us from the outset and everyone who has contributed to the initiative.

'We set out to be a different kind of football club in our approach to the development of the Sporting Fingal, and I believe that we achieved that.'

The FAI will await the outcome of the independent club licencing committee before nominating a replacement club to take Sporting Fingal’s place in the Premier Division of the Airtricity League.

Further information regarding the structure of the Airtricity League will be issued upon receipt of the deliberations of the independent club licencing committee. 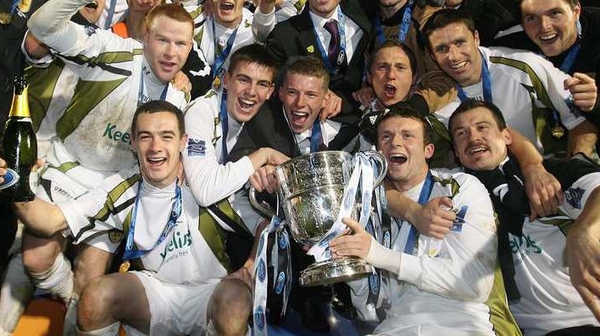