Carlo Ancelotti insists Andriy Shevchenko has a future at Stamford Bridge despite playing just one game in the last 15 months for the Blues.

The Ukraine striker spent last season on loan under Ancelotti at AC Milan and the Italian coach clearly believes he can get the best out of him in England.

Shevchenko replaced Deco in the second half of their 3-1 victory over Sunderland on Tuesday night.

It was the forward's first appearance in a Chelsea shirt since he scored against Bolton in May 2008.

The frontman will be 33 at the end of this month but Ancelotti insists he could have a real part to play in their season.

'At present he is a Chelsea player and in the future he will be the same,' said Ancelotti.

'Now he is better condition but we have a lot of strikers at the moment and for him it is not easy to find a place on the pitch.

'He trains very well with no problem and he is very happy to stay. He has a good position in the squad because his team-mates like his work.

'There is a good atmosphere in the team and he knows it is not easy to play for Chelsea because the competition is high in the squad.

'Shevchenko had a physical problem last year but now he has overcome that and we can use his quality for the team this year.

'He has no problem staying here. He wants to play but all the players want to play. When they don't play it is difficult to maintain a good feeling, a good atmosphere and motivation. But now he has a good motivation.

'He does not have a mental problem. He is well. But I have to choose who plays and it is not easy.'

Shevchenko's age is not an issue for Ancelotti either. The Italian coach is used to selecting players who are in the twilight of their careers.

Last season he kept faith with 40-year-old Paolo Maldini along with 35-year-olds Dida and Filippo Inzaghi among others.

'I used, in the last year, 38-, 39- and 40-year-olds because these players have experience and a good mental attitude. We won a lot with players with experience.'

Ancelotti made four changes for the trip to Sunderland and he will not hesitate to continue tinkering with his squad when he feels the moment is right.

Even the seemingly indispensable Didier Drogba will have to endure a spell on sidelines when Ancelotti decides the striker needs to recharge his batteries.

'There will be a moment for Didier Drogba to rest,' said Ancelotti. He is not a superman. He is very good player, very strong, but there will come a time when he will rest.

'I want to maintain a player in good motivation because I don't want to arrive at a certain moment with 11 tired players and 11 others without motivation.' 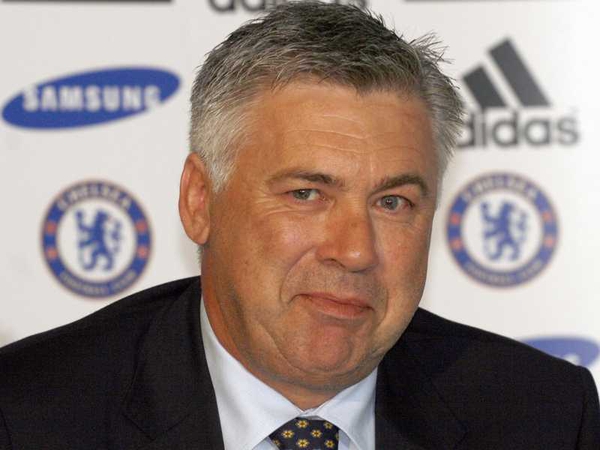