Cristiano Ronaldo has admitted last night’s Champions League defeat to Barcelona was one of the biggest disappointments of his career.

Goals from Samuel Eto'o and Lionel Messi were enough to overcome Manchester United in Rome's Stadio Olimpico, denying Alex Ferguson's men the chance to become the first side to successfully defend the trophy since it was rebranded in 1992.

Ronaldo did cause Barca some early problems, but ultimately the Portuguese winger faded like his team, with Messi now set to claim the World Player of the Year prize he has cherished.

‘This is one of the biggest disappointments of my career,’ said Ronaldo.

‘We were always confident before the game but unfortunately we couldn't do it.’

Speculation is now bound to surface once more about whether the 24-year-old has played his final game for the Old Trafford outfit.

‘It is always bad when you lose a final,’ said Ronaldo.

‘But we didn't play well.

‘We did okay in the first 10 minutes but you have to say Barcelona deserved to win.’

‘It is a big disappointment but Barcelona were the better team,’ said the England forward.

‘Barcelona scored two good goals and unfortunately for us, they came at good times. That made it very difficult for us.

‘Barcelona are a brilliant team. Andres Iniesta is the best player in the world in my opinion.

‘If you don't take your chances against them, they will punish you and that is what has happened.

‘It is very disappointing and the feeling at the moment is not a good one. We are hurting. But we have to forget it and look forward to next season.’ 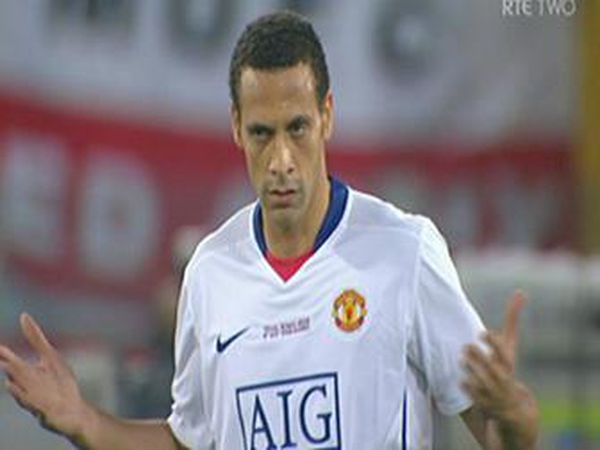