Chelsea striker Didier Drogba has received a caution for allegedly throwing a coin at Burnley fans during a match in November, it emerged today.

The 30-year-old star went to a London police station yesterday and was cautioned for common assault.

He was said to have thrown the coin after he was on the receiving end of at least one missile during the Carling Cup fourth round tie at Stamford Bridge.

The incident took place when Drogba scored his first goal of the season after 27 minutes of the game.

A Scotland Yard spokeswoman said: 'On 2 December, police interviewed a 30-year-old man under caution, by prior arrangement, in connection with an incident at the Chelsea v Burnley match at Stamford Bridge on 12 November.

'He did not attend the police station and was not arrested.

'The matter was referred to the Crown Prosecution Service for their consideration, and on their advice the man attended a central London police station yesterday and was cautioned for common assault.'

Burnley won the match on penalties. 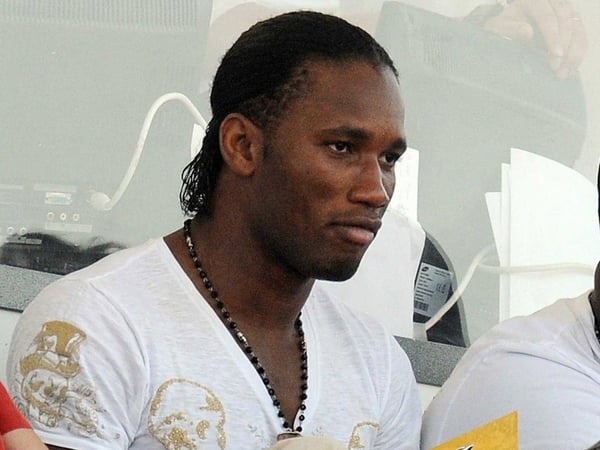