Tottenham Hotspur defender Jonathan Woodgate has declared himself fit for Wembley this weekend and believes his side are poised to upset the odds and defeat Manchester United in the Carling Cup.

Woodgate, who scored the winner in the final against Chelsea last year, needed stitches in a head wound against Hull City yesterday but has insisted his injury is 'okay'.

His focus is now on facing United and winning back-to-back trophies.

'On our day, we can beat anyone,' Woodgate said. 'We have proved that in the past.

'It's not going to be easy, but it won't be easy for United either. We will go there and we will look to lift the trophy.'

Spurs boss Harry Redknapp agrees his side have nothing to fear, but he is wary of making it an open cup final.

'You respect but don't fear them because we also have good players for them to worry about,' Redknapp said.

'You have to make sure you stay in the game and therefore there is no point going out there and starting gung-ho. You need to adopt a good shape, be solid, have a plan and know what you are doing against them.

'But we won't sit back - we will have a go. We have good attacking players and we hope to cause them problems as well.'

For Redknapp, the key to the final will be about striking a balance between attack and defence.

'You have to be so careful because if you open up too much you can get absolutely ripped to pieces,' he said.

"You can't just think 'okay, we'll play 4-4-2 and attack them all over the place' because they are possibly the best team in Europe. But we will be getting at them in all departments."

Redknapp will field youngsters, second-string players and those unavailable for Wembley when his side take on Shakhtar Donetsk in the UEFA Cup on Thursday.

He picked a full-strength team at the KC Stadium but it still took a late winner from Woodgate to seal victory, just before the centre-back had his head gashed by team-mate Vedran Corluka.

'It was a massive win for us,' said skipper Ledley King, who made his comeback from a hamstring injury and will now have the complaint and his knee monitored before Wembley.

The win put Spurs five points above the Barclays Premier League relegation zone but Woodgate is still concerned by a lack of organisation in his defence which has led to cheap goals being conceded this season.

He said: 'It is about individual errors and being willing to put your head on things where it's not necessarily going to be your ball. We've got to learn to do that, and we need to learn fast.' 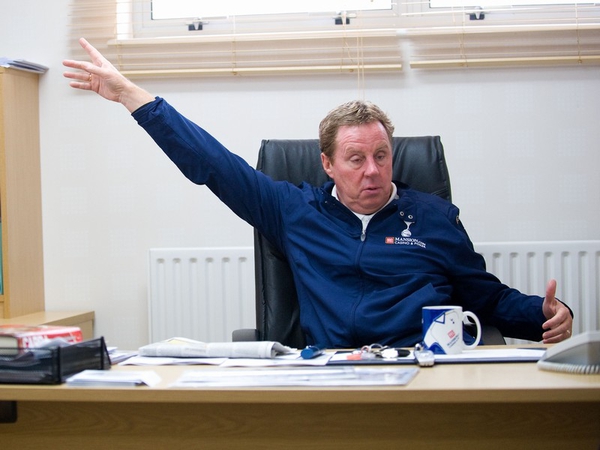