Tottenham boss Harry Redknapp watched his side scrape through to the Carling Cup final and admitted: ‘It was almost the most embarrassing night of my career.’

That made the tie 4-4 on aggregate following Tottenham's 4-1 first-leg win at White Hart Lane and ensured a period of extra-time.

Just when Coyle's men look set to progress to Wembley by virtue of having scored an away goal in the first leg, substitute Pavyluchenko slotted home in the 118th minute and Defoe netted soon after with a low drive.

It sealed a return to Wembley for Redknapp, who guided Portsmouth to FA Cup final success last season.

However, he conceded: ‘There is a big sense of relief because it looked game over with a few minutes to go.

‘I was stood there thinking it could be the most embarrassing night of my football life.

‘Burnley played ever so well, they passed the ball well and played with so much enthusiasm, but they didn't have that many chances.

‘It's a hard job I have on here, believe you me.

‘I keep saying that we need stronger players in here because we're not mentally or physically strong enough.’

Redknapp made six changes from the side which stumbled to a 1-1 home draw against Portsmouth on Sunday, yet none of his players made a favourable impression.

Redknapp said: ‘Some key players have got injured tonight and I will go there on Saturday with the weakest team I can possibly find on Saturday.

‘Woodgate and Dawson can't play and O'Hara has done his groin.
‘We're in a relegation battle and need to get a team together to play against Stoke next Tuesday.

‘There is a load of mish-mash players and it's scary.’

The result was incredibly harsh on Burnley, who exposed the soft underbelly in Redknapp's side at a freezing, windswept and rain-lashed Turf Moor.

Clarets boss Coyle was gushing with pride after his side came within two minutes of reaching Wembley.

He said: ‘We were two minutes from getting in the final but you don't always get what you deserve in football.

‘The atmosphere was unbelievable tonight and the fans played their part and roared us on.

‘I really couldn't be any more proud of the lads after what they offered.

‘Yes, I'm disappointed but we can go out with our heads held high because we were magnificent.’

‘A lot of the time in these types of games against higher-placed teams you don't beat them at their own game in terms of football - but we did that,’ said Coyle.

‘We stood toe to toe with Tottenham over the two games so they've got to believe in what they're capable of doing.

‘I asked them to have no regrets and I thought they were outstanding individually and collectively.’ 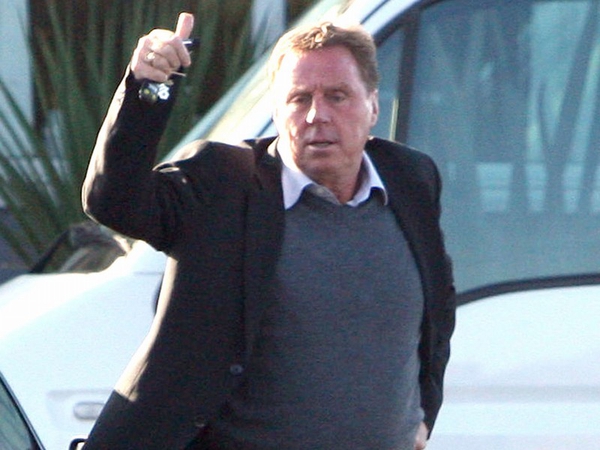