Paul Scholes is in line for a surprise comeback against Blackburn Rovers at Old Trafford tonight.

The veteran Manchester United midfielder was not thought likely to return from knee surgery until Saturday's Premier League clash with Sunderland at the earliest.

But such has been the 34-year-old's impressive performance on the United training ground that Alex Ferguson is set to name him on the bench for the Carling Cup quarter-final.

Ferguson told United Review : ‘I have Paul Scholes in mind.

‘He is on the verge of playing again following his operation. He is training well and chomping at the bit to get started.

‘A place on the bench with perhaps a few minutes' pitch time could be good for him. We will see how things go.’

Scholes has not been involved with the Red Devils senior squad since damaging knee ligaments in the Champions League win over Aalborg at the end of September.

However, if he is on the bench, Scholes will be one of the few senior men who will be involved as Ferguson sticks with his policy of fielding the younger members of his squad.

He said: ‘Although we are now into the quarter-finals, I intend to stay with the young ones who have got us this far.

‘Players like Jonny Evans, Rafael, Darron Gibson, Rodrigo Possebon and Danny Welbeck will all be involved.' 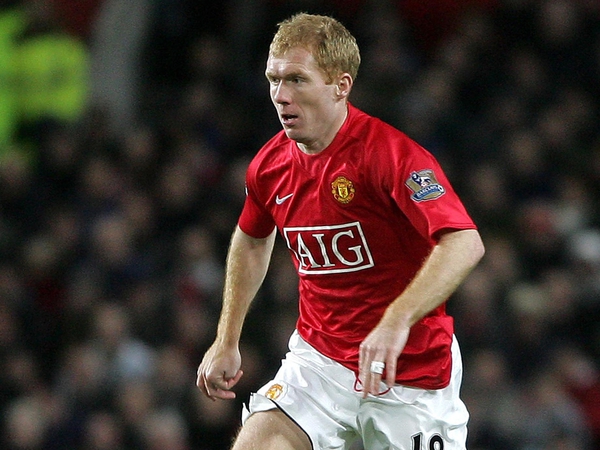