Wayne Rooney was guilty of a glaring miss at Villa Park as Manchester United missed the chance to close the gap on Barclays Premier League leaders Chelsea and Liverpool.

Martin O'Neill's side ended their 14-match losing sequence against the Red Devils but the visitors could have cut the deficit on the pacesetters to six points after the leading two were both held earlier in the day.

Fit-again Rooney squandered United's best chance when he fired over the bar from close-range in the second half.

Villa had received a massive confidence boost with their win at Arsenal last weekend and they were well worth a share of the spoils over the 90 minutes.

United were the better side in the opening 45 minutes although clear-cut chances were at a premium.

In the second period it was Villa who looked the more likely to make the breakthrough, as they hustled the visitors out of their stride for long spells with James Milner in splendid form.

Gabriel Agbonlahor - Villa's only out-and-out striker - was on the receiving end of a hefty early challenge from behind by fit-again United defender Rio Ferdinand but shook it off and was on the end of the first decent chance of the game.

A long free-kick by Luke Young was headed on by Villa captain Martin Laursen and the first-time effort from Agbonlahor was not truly struck and hit straight at United goalkeeper Edwin Van der Sar.

Villa keeper Brad Friedel was called into meaningful action for the first time after 14 minutes to turn aside a swerving drive from Cristiano Ronaldo, who had cut inside the recalled Nigel Reo-Coker with ease.

Van der Sar went down at his left-hand post to comfortably save a 20-yard effort from Reo-Coker after he had made a powerful break from the halfway line.

Ronaldo fouled Stiliyan Petrov in an area ideal for the free-kick skills of Ashley Young in a central position but it was James Milner who stepped forward and scuffed his low shot across the face of goal.

The game opened up more towards half-time and Ashley Young produced a superb tackle to deny Ji-Sung Park in the Villa box, as the South Korean prepared to shoot after being found in space by Rooney.

Rooney set up another possible opportunity for Park when he arced a low ball across the area, but the United player just failed to make contact.

Most of the play took place in the Villa half after a bright start by the home side and Nemanja Vidic arrowed a header just wide at the far post from Ryan Giggs' free-kick.

Villa began the second half promisingly and Ashley Young almost caught Van der Sar out of position with a curling effort from 20 yards out that looked destined for the top corner, but the Dutchman recovered to tip it over the bar.

United came under the cosh during the early stages of the second period, as Villa peppered their box with a succession of crosses and Steve Sidwell had a fierce drive from the edge of the box blocked by Vidic.

O'Neill was incensed when referee Chris Foy awarded no foul against Vidic after he held on to the shirt of Agbonlahor when the striker was in full flight as he cut in from the left flank into the penalty area,

However, the home side were relieved to see Rooney squander a golden opportunity after 62 minutes.

Michael Carrick's overhead kick dropped into the path of the England striker, who volleyed high and wide when he would have been expected to at least hit the target.

Ferguson made his first substitution after 71 minutes with Nani replacing O'Shea.

Van der Sar went down to his right to cling onto a testing low drive across him from Ashley Young, before Curtis Davies became the first player to be booked after a 76th minute touchline foul on Ronaldo.

Alex Ferguson's side pressed for a winner in the closing stages but rarely looked like finding it, completing an unusual day when none of the Premier League's so-called 'big four' could muster a goal between them. 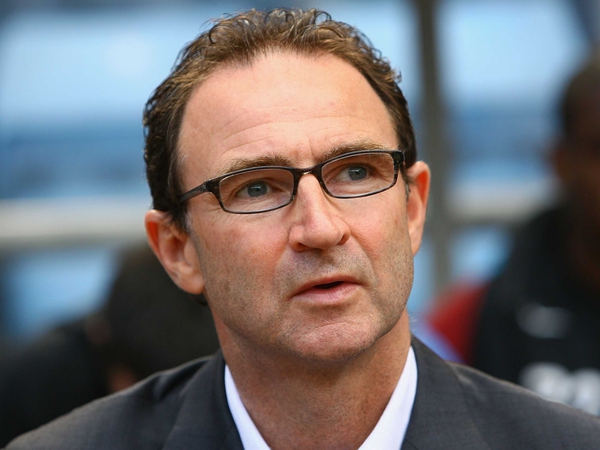